We lacked adaptability, batsmen let us down: Dhoni on WT20 loss to NZ 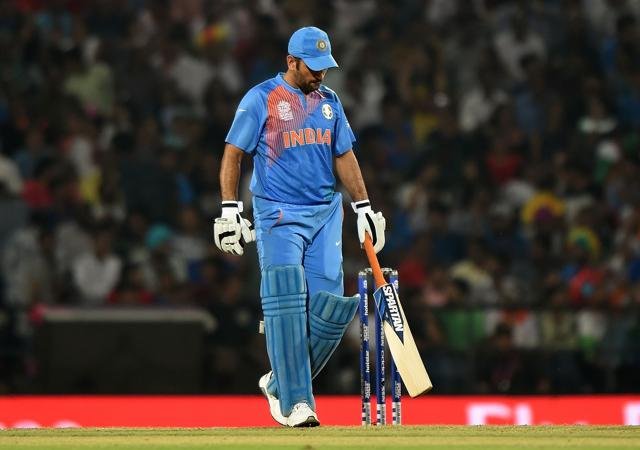 India captain Mahendra Singh Dhoni on Tuesday blamed his side’s famed batting line-up for the shocking loss to New Zealand in their opening match of the ICC World Twenty20, saying they erred in “shot selection”.

Title favourites India capitulated to a shocking 47-run defeat against a spirited New Zealand in a low-scoring game to launch their ICC World T20 campaign in the most ignominious manner.

After restricting New Zealand to 126 for seven, India put up a pathetic batting display to be bundled out for 79 in 18.1 overs, their second lowest T20 total, on a turning track at a jam-packed VCA Stadium in Jamtha.

“I think it was a low scoring wicket. I thought we restricted them to a good total, but the batting let us down. The shot selection kept putting pressure on the batsmen coming in,” Dhoni said at the post-match presentation ceremony.

It was a horrendous performance from India, ranked world No 1 in the T20 format, as the famed batting line-up showed poor skill and application to lose their fifth successive match against the Kiwis.

“They (New Zealand) bowled well, exploited the conditions, but we lacked adaptability, we could have applied ourselves a little more. The batting let us down,” a disappointed Dhoni said.

New Zealand skipper Kane Williamson was mighty pleased with the fighting performance from his side.

“I am very pleased. It was a tough surface. With the bat whatever score was going to be tough, we would have liked to have a few more. We wanted to be aggressive at the start, the format dictates that, we may reflect on that though and try and do it better (on selection),” he said.

“The message to the bowling attack was to be patient and apply pressure and we did that well.”