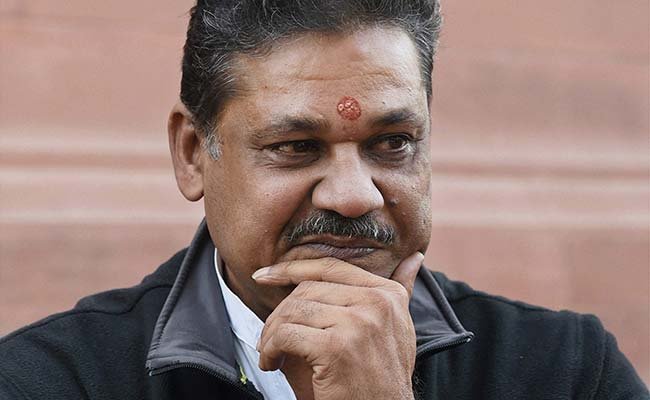 New Delhi: Kirti Azad, lawmaker and former Test cricketer, has been suspended by his party the BJP for publicly targeting Finance Minister Arun Jaitley with allegations of corruption in Delhi’s cricket body DDCA.

In a one-line statement, the BJP said Mr Azad has been suspended for “anti-party activities.”

Mr Azad has been served a 24 line suspension order by the BJP. Sources say the BJP has charged Mr Azad with colluding with Opposition parties, including the Aam Aadmi Party and the Congress, with the sole purpose of embarrassing the party and its office bearers.

The suspension order accessed by NDTV says “Over the past few months you have breached party discipline and conducted anti-party activities. Inside and outside Parliament you conducted yourself in a manner that amounts to indiscipline and anti-party activities. You made several statements to carry out a false propaganda. So the parliamentary board has suspended you from the party membership.”

Asked what he will do next, Mr Azad said “Wait and watch my next move.”

Mr Azad, the three term 56-year-old MP from Darbhanga in Bihar, defied party chief Amit Shah’s whip and held a press conference on Sunday, all but naming the finance minister while alleging deep corruption in the Delhi and District Cricket Association or DDCA, which Arun Jaitley headed for 13 years.

Amit Shah, said party sources, had met Kirti Azad twice on Friday last and warned him against going public with his charges against Mr Jaitley, saying it would hurt the BJP and the government it leads.

In rebellion unprecedented in the BJP’s history, Kirti Azad also took on Mr Jaitley on the floor of Parliament, seeking a CBI investigation monitored by a special investigation team into his allegations. He signed off by reminding the House, “and we know who was heading the DDCA between 2008 and 2013,” a reference to Mr Jaitley.

On Twitter, he challenged Mr Jaitley to sue him, attacking the minister in multiple tweets.

Mr Jaitley has dragged five leaders of the Aam Aadmi Party, including Delhi chief minister Arvind Kejriwal to court over their allegations of corruption against him, but he made no such move against Mr Azad, amid speculation that the BJP would punish the lawmaker after the winter session of Parliament ended today.

The BJP has rallied around Mr Jaitley, with Prime Minister Narendra Modi and Amit Shah making strong statements in his defence. PM Modi told party lawmakers at a weekly meeting that Mr Jaitley would come out of the controversy “with flying colours.”

Kirti Azad found support today from fellow BJP lawmaker from Bihar, Shatrughan Sinha, who called him a “hero” and warned the party against taking action “against friend who’s fighting against corruption.”