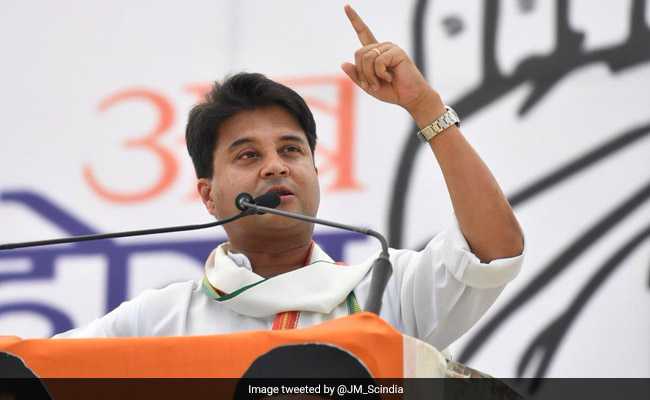 Sources said the influential Congress leader may join the BJP today in a shock move. Sources have also said that as many as 20 Congress MLAs stand ready to submit letters of resignation to the Speaker of the Madhya Pradesh Assembly, in a move that will topple the 15-month-old Kamal Nath government; should it fall, it will be the second since the Congress-JDS government in Karnataka last year.

“We tried to contact Scindiaji (Jyotiraditya Scindia) but it is being said that he has swine flu, so haven’t been able to speak to him,” Mr Singh said.

A formula had reportedly been offered to Jyotiraditya Scindia, who had been passed over chief ministership in December 2018, to send him to the Rajya Sabha as the Congress’s first preference candidate, sources in Madhya Pradesh Congress told NDTV.

As of now, the Madhya Pradesh government has 120 MLAs – just four over the majority mark of 116 in the 230-member assembly.

Of these 114 are from the Congress, two from the BSP, one Samajwadi Party and four are independents. The BJP has 107 MLAs and two seats are currently vacant.

If the 17 MLAs, who are expected to send in letters of resignation, who were flown out exit, the Congress will lose its second state since Karnataka.

The crisis surrounding Chief Minister Kamal Nath’s government began last week after 10 MLAs were allegedly confined by the BJP to a resort near Delhi and reportedly offered up to Rs 35 crore.