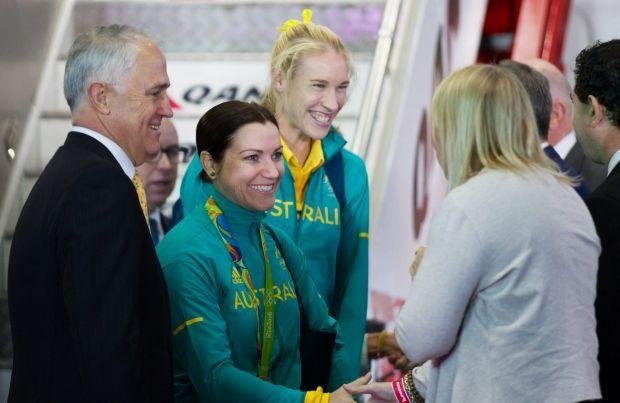 Olympic fans of all ages are invited to a special celebration this Monday 29 August to congratulate and welcome home our returning Olympic heroes.

NSW Minister for Sport Stuart Ayres and City of Sydney Lord Mayor Clover Moore invite members of the public to join in the welcome home our Olympic champions on Monday on the Sydney Opera House Monumental Steps from 12.30pm.

Minister Ayres said the event will give a great opportunity for the public to shake hands with more than 115 Olympic athletes and medalists home from the 2016 Rio Olympic Games.

“Our returning athletes have worked tirelessly throughout the 2016 Games and are an absolute inspiration to young athletes across the nation,” Mr Ayres said

“I encourage Olympic fans to come down to the Opera House on Monday in the Aussie green and gold to celebrate the rising stars of the future and thank our retiring greats.”

“The spirit that’s led our athletes to dedicate their every waking hour to training and preparing for the pressures of competition at the highest level is incredibly inspiring.”

“We want to see thousands of Sydneysiders crowding around the Opera House forecourt to welcome our Olympians home from Rio.”

Fans can register for the event at www.facebook.com/NSWGovernment