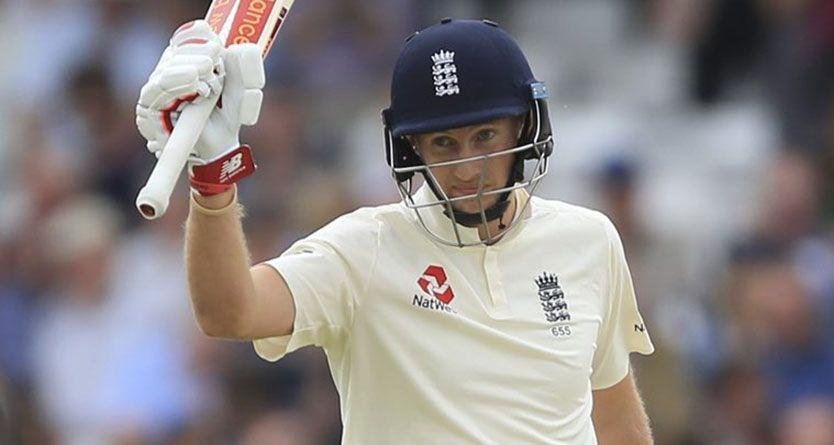 England skipper Joe Root continued his terrific form in Test cricket when the right-hander scored another half-century at Headingley against West Indies in the first innings of the second Test of three-match series. Root scored 59 before getting out to leg-spinner Devendra Bishoo and during his innings, the English skipper equaled South Africa’s AB de Villiers’ record of scoring 50 or more runs in 12 consecutive matches.

The hosts after winning the toss elected to bat first but didn’t really capitalise on it and were bundled out for 258 after Shanon Gabriel and Kemar Roach picked four wickets apiece.

England began the proceedings in a dismal fashion after losing Alastair Cook, Tom Westley and Mark Stoneman early in the innings. David Malan who came in at number 5 tried to stitch a partnership with his captain but was undone by Jason Holder for 8. Later, Root and Ben Stokes did provide England with some resistance as the two compiled 69 runs for the fifth wicket before the captain departed.

England kept losing wickets at one end while Stokes stood strong at the other side to score a hundred.

The visiting side too didn’t start off well and lost the first wicket in the form of Kieron Powell when the team score read 11. But West Indies didn’t lose any further wickets as opener Kraigg Brathwaite and night watchman Bishoo remained unbeaten at the end of day’s play. The visitors are 19/1 and trail England by 239.

The Joe Root-led England team lead the three-match series 1-0 after they won the day-night Test match at Edgbaston earlier.