Joe Hockey appointed Australia’s next ambassador to the USA 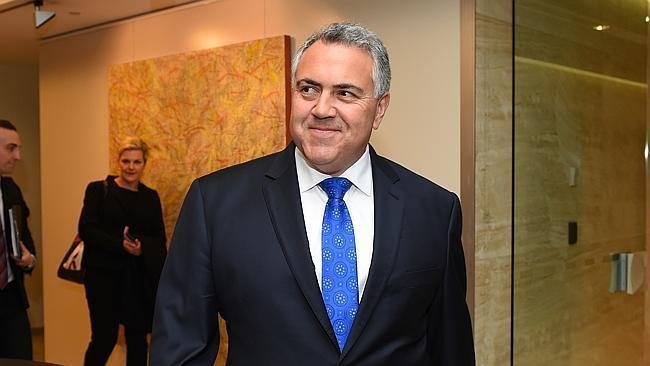 JOE Hockey will replace Kim Beazley as Australia’s Ambassador to the United States, the government has announced.

Mr Hockey resigned as North Sydney MP after being stood aside as Treasurer by Malcolm Turnbull when he came to power in September.

“Our Alliance with the United States is the bedrock of foreign and defence policy and we are working closely together on shared regional and global security, strategic and economic interests,” she said.

“Ten years after we agreed the Australia-United States Free Trade Agreement we have successfully negotiated with ten other countries the Trans-Pacific Partnership Agreement.”

It was revealed in October as Ambassador Mr Hockey would earn over $360,000 and live rent free.

He can also choose to claim a portion of his $180,000-a-year political pension as a “top up” to his salary, but has faced pressure to reject his pension to avoid “double dipping”.

Mr Hockey quit politics in October after being forced onto the backbench after Mr Turnbull’s successful leadership challenge of Tony Abbott.

Liberal Party candidate Trent Zimmerman was chosen as his successor at the North Sydney by-election on Saturday.

Labor earlier voiced hopes that Mr Hockey and Malcolm Turnbull had patched up their relationship ahead of this morning’s announcement.

“It’s such a significant post that the relationship better be strong and Joe’s not thinking too much about what Malcolm Turnbull did to him as treasurer so recently,” opposition frontbencher Brendan O’Connor told Sky News.