Japan to launch ‘invisible’ trains to its tracks by 2018 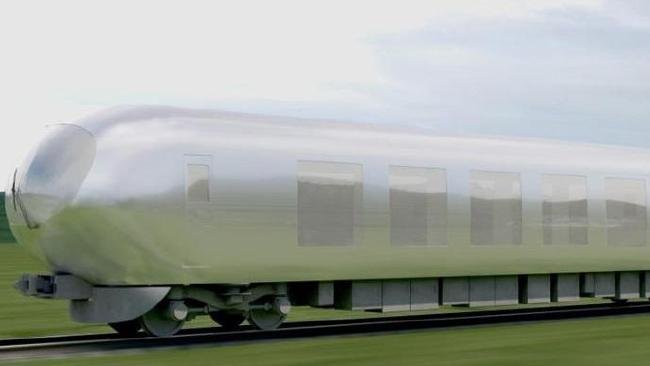 ALREADY famous for its bullet train, Japan is now set to launch an “invisible” train that will hit the tracks in 2018.

Designed by Japanese architect Kazuyo Sejima, who is known for making buildings that blend into the environment, the trains will sport a semi-reflective surface to give the illusion of invisibility when speeding through the city or countryside.

Sejima was commissioned to design the train by Seibu Group, who are famous for their high-speed bullet trains, to celebrate their 100th anniversary. The brief was to create a “soft” and “gentle” design to “blend in with the landscape”. Sejima will also design the interior to have a “living room” feel.

Sejima founded the SANAA architecture firm with Ryue Nishizawa in 1995, who have won numerous awards for their clever use of light and space. Other major works from SANAA include the New Museum of Contemporary Art in New York, the Serpentine Pavilion in London, Le Louvre Lens Museum, France, the Toledo Museum of Art’s Glass Pavilion in Toledo, Ohio and the Christian Dior Building in Omotesando in Tokyo. They were named Pritzker Architecture Prize laureates in 2010.

The design will be launched on the current Red Arrow commuter train on a limited number of routes from 2018.