January is crucial for Bollywood 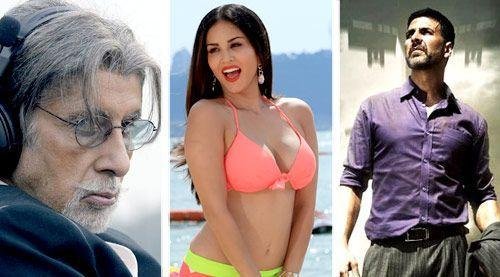 While the last year ended with a bang for Hindi cinema, this month too promises to be crucial for the film trade.

Two big thrillers featuring A-list actors are scheduled for the second and third week of January. Bejoy Nambiar’s Wazir brings together Amitabh Bachchan and Farhan Akhtar to combat a terrorist. Farhan insists the conflict here is completely personal and not political.

However the Akshay Kumar starrer Airlift depicts a fiercely political scenario in Kuwait in 1990 when Sadaam Hussain took over the country.

These are taut realistic thrillers for a more mature audience than the one that would perhaps favour the two sex comedies Kya Kool Hain Hum 3 and Mastizaade which open on January 22 and 29.

Says trade analyst Atul Mohan, “Wazir and Airlift are very crucial to start the year. They should start the momentum which the subsequent releases have to maintain. Failure at the beginning of the year leads to a lazy mood ahead.”

Also up for release in January are smaller socially relevant films, like Chauranga produced by Onir and directed by debutant Bikas Ranjan Mishra featuring a cerebral cast. The film gets a quiet release with Wazir on January 8. Another debutant director Jayant Gilatar takes a shot at the loopholes in the country’s schooling system and the complex teacher-pupil relationship in Chalk & Duster.

Creeping up in these dark/big/small/meaningful films is Sunny Deol who returns to direction with Ghayal Returns a sequel to the 1990 hit Ghayal.

All in all January is a month crammed with interesting releases. It remains to be seen which of these films get the audiences’ attention.