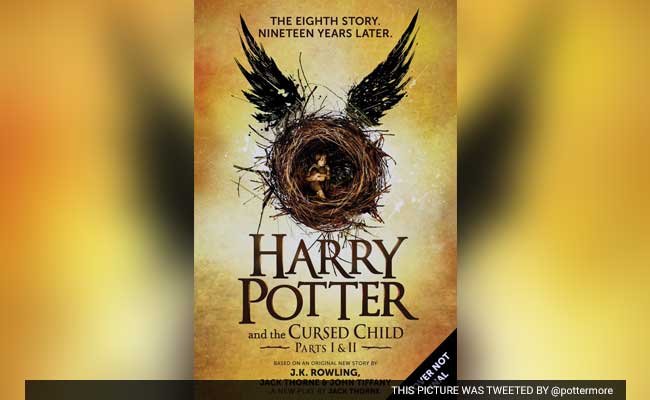 When die-hard “Harry Potter” fans first heard that J.K. Rowling was writing a sequel to her beloved seven-part series, they couldn’t wait to get their hands on the book. Then they realized the sequel wasn’t going to be a book at all — it was a play.

“Harry Potter and the Cursed Child” is set to debut in London at the Palace Theatre on Harry’s birthday, July 30.

But Wednesay, Rowling announced that the script of the play will in fact be released as a two-part book, at 12:01 a.m. on July 31.

“Pottermore is proud to be a key part of the multi-platform effort that will allow the epic eighth Harry Potter story to be read and enjoyed by a wider, global audience,” said Susan L. Jurevics, CEO of J.K. Rowling’s online home base Pottermore in an announcement on the site.

The play was not written by Rowling herself. English playwright Jack Thorne wrote the script based on “an original new story” Rowling wrote with Thorne and theater director John Tiffany. It is set 19 years after the end of “Harry Potter and the Deathly Hallows,” the series’ final book.

Harry is “an overworked employee of the Ministry of Magic, a husband, and father of three school-age children.”

In the epilogue to “Deathly Hallows,” readers learned that Harry had married Ginny Weasley and together they had two sons, Albus and Severus, and a daughter, Lily.

In “Harry Pottter and the Cursed Child,” Albus struggles “with the weight of a family legacy he never wanted,” the announcement said. “As past and present fuse ominously, both father and son learn the uncomfortable truth: sometimes darkness comes from unexpected places.”

The play and book won’t be the only Potter-related releases this year. “Fantastic Beasts and Where to Find Them,” a movie based on one of Rowling’s short “Harry Potter” companion books, hits theaters Nov. 18.

Though the final “Potter” movie was released in 2011, the franchise has far from vanished from public conversation. Rowling has written four non-Potter books — three under a pseudonym — and kept up a steady conversation with her fans across the globe on her Twitter page and Pottermore website. She regularly releases previously unknown information about the wizarding world, from major revelations such as Albus Dumbledore’s sexual orientation to minor tidbits such as the history of the wizard prison Azkaban.

These addendums are the cause of much debate among fans. Some see them as Rowling’s aim to please her ginormous worldwide fanbase; other say it’s an attempt to squeeze more money out of a franchise that has already collected billions.

The debate is sure to continue, possibly even after “Cursed Child.” Pottermore CEO Jurevics said today’s announcement won’t be the only development that makes 2016 exciting for Potter fans.

“We have other innovative content initiatives coming soon that will also thrill and engage our vast global audience of Wizarding World fans as well as create new ones.”.