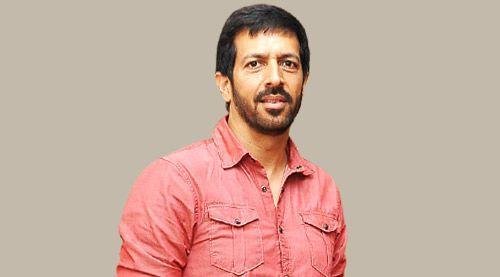 “I can’t claim to have known Salman Khan well before I made Ek Tha Tiger. But I’ll tell you an incident that happened when I was new and trying to find my way in the film industry. When I wanted to make Kabul ExpressI was taken by Apurva Shah to meet Salman Khan. Salman met me with great affection and curiosity and asked me what I was planning to make. I narrated ten minutes of Kabul Express to him. He liked it and said he would like to play the lead. I laughed it off. Later, much later, when we met he reminded me how I had never got back to him about Kabul Express. To this day I am not sure if he would have done it or not. My true association with Salman began through Katrina. I was planning New York and my producer Adi Chopra suggested I try Katrina for the female lead as she suited the half-Indian half-Caucasian role. Katrina heard me out but must have been confused and zapped by what I had offered her. She went back to Galaxy Apartments (where Salman stays) and told him that this weird director had offered her this weird role. Salman wanted to know who it was. When she told him it was some guy called Kabir Khan he remembered my meeting with him. He asked her about the film I had offered her and then he advised her, ‘Aankhein band kar ke haan bol do.’ Salman’s endorsement at that that point of time meant a lot to me.

Many years later we came together for Ek Tha Tiger and there was a lot of churning and debate on the sets between us. Here was this star with 15 blockbusters behind him being told what to do by a relatively new director. Salman wasn’t used to taking instructions from directors. We would often argue. By the time we came to Bajrangi Bhaijaan we had discovered a meeting ground and had become very close friends. So yes, making Bajrangi was a far far more comfortable experience.

I can’t discuss how much Salman has grown as an actor since Maine Pyar Kiya. But I can tell you of his tremendous involvement with every aspect of a film during Bajrangi Bhaijaan. Salman has now become far more participative and collaborative. He has a tremendous lot of inputs to give. I listened to him and I incorporated them when I found them suitable. I could see his involvement with his character. He would go into a corner of the set and just be with himself for 15-20 minutes. I could see he was thinking about what his character was doing, and why.

Would I work with him again? Of course I would. In fact I’ve another subject that I am working on which is just right for him.”