Irrfan Khan’s next, an international film, No Bed Of Roses 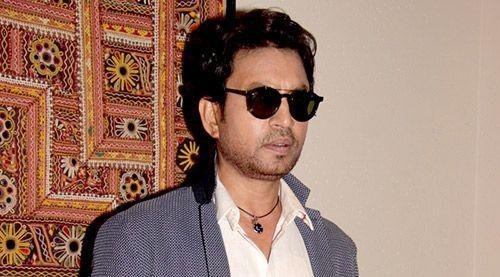 Bollywood star and globally acclaimed actor, Irrfan Khan will play the lead role in an international film titled, No Bed of Roses, written and directed by Mostofa Sarwar Farooki, one of the noteworthy filmmakers from Bangladesh. The bilingual (Bengali and English language) film, titled Doob in Bengali, is produced by Kolkata’s Eskay Movies and Bangladesh’s Jazz Multimedia.

Irrfan Khan’s production company IK will be co-producing the film. This is his second venture as a producer after Ishaan Nair’s Kaash. Apart from Khan, the main cast includes Bangladeshi actress Nusrat Imroz Tisha who starred in Farooki’s, Third Person Singular Number (Bangladesh’s entry to the 2011 Oscars) and Television (Bangladesh’s entry to the 2014 Oscars), Parno Mitra (X: Past Is Present) and Rokeya Prachy (The Clay Bird, 2002, Director’s Fortnight, Cannes).

The film will go on the floors in March end and will be shot in one schedule of 35 days across the hill station in Bangladesh and North Bengal. Some portions will be shot in Dhaka.

The director, Farooqi says, “My earlier films had all very different tone. This one is my first attempt to Ozu Kingdom, which is “family story”. I got a good set of casts and good team. Getting Irrfan as a co-producer was a big boost for us. I believe if everything goes well, we will be able to offer an engaging film.”

Mr. Himanshu Dhanuka, the Director of Eskay Movies adds, “I have got the best director from Indian Subcontinent who understands World cinema, a brilliant script and India’s finest actor. With this mix of great content, stardom and talent, I am hopeful the film will impress the world Audience and win a lot of accolades.”

Talking about his association with the director, Irrfan Khan says, “When I saw his first film Ant Story, it immediately got me interested. I was Impressed with his approach, style, and the way he unravels the story. His selection of casts and the way they behave are something that touched me immensely. His works carry a strong humane angle, which is why his characters are multi layered. I am eagerly looking forward to collaborate and explore with him in the film No Bed of Roses. Hope this will be a good addition to the changing landscape of world cinema.”