An International Airport Near Taj 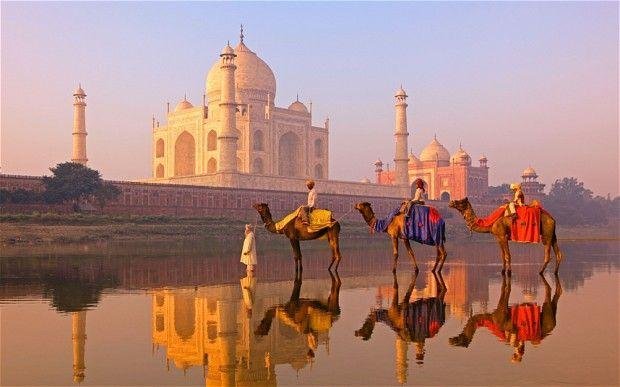 Seventy years after Independence, tourists heading for India’s most sought after destination, Taj Mahal, won’t have to necessarily land in Delhi and make the 200 km journey by road or rail. The Defence Ministry, which controls the lone Air Force airport in the Taj city, has cleared a proposal over the weekend to expand it to an international airport.

The Uttar Pradesh government has announced that it would provide 150 acres of land and even foot the bill for the expansion. The upgradation of the runway alone is expected to cost Rs. 100 crore. The work will be carried out under the supervision of the Air Force.

Assembly elections in the state will be held early next year and the Akhikesh Yadav government is keen to start work on the project. An airport in western Uttar Pradesh and a High Court bench are two major demands of the voters.

Agra’s district officials said land acquisition will not be a problem as the government has already taken the consent of 350 land owners around the existing base. Land, they said, will be available in less than a months’ time.

“I have already visited the site. The work will start soon and we plans to finish by March 2017,” state chief secretary Deepak Singhal told NDTV.

Currently, Agra can be accessed by the rail and road route. But the absence of commercial flights for 7 decades has had a huge negative impact on the tourism industry.

“Tourists land in Delhi, and their trips are run by Delhi’s large operators,” said a senior official of the state tourism.

Officials quote some serious statistics to prove their case. They say each year nearly 65 lakh Indians and 7 lakh foreigners visit Taj alone. But Agra has the unique distinction of having three world heritage sites in a 50 sq km area – the Taj Mahal, Agra Fort and Fatehpur Sikri. Still, not more than 10 per cent tourists stay in Agra.

Chief Minister Akhikesh Yadav seems to be working to gift yet another bonanza to his ancestral village Sefai before the elections. Last week, Defence Ministry officials discussed the development of a cargo terminal at Sefai airport — built few years ago when SP patriarch Mulayam Singh Yadav was the chief minister. A utility for maintenance and repair of aero planes, along with starting a flying club was also discussed.

It is not just the Samajwadi Party which wants to score points with the voters by pushing for infrastructure creation and upgrades. The BJP, which wants to regain lost ground in the most crucial state, is following suit.

In line with this, the Air Force gave in-principle approval for a proposal to revive a defunct runway on 273 acres at Lalitpur district.

The Defence Ministry has agreed to give the entire land to state government in lieu of an equal area elsewhere – paving the way for the landing of Army and state government aircraft as well as the opening of a flying club.