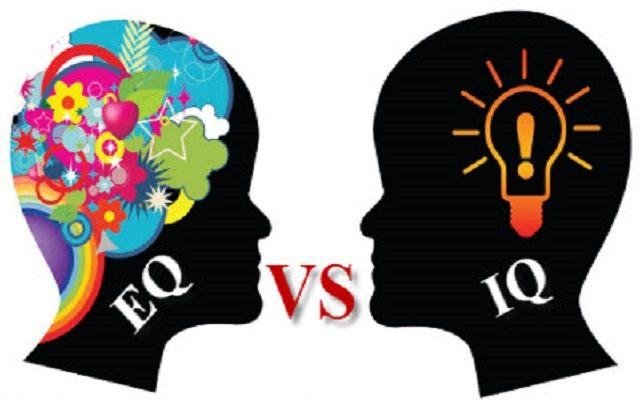 Over the past three decades there has been a debate over IQ or EQ (emotional intelligence) are the determinant of success in life. Until 1990, IQ was considered as the primary determinant of success. People with high IQs were assumed to be successful and accomplished. But in 1996, author, researcher Daniel Goleman wrote a new book ‘Emotional Intelligence’ and said that EQ plays an important role in how people succeed in life.

An intelligence quotient (IQ) is a score are achieved from one of several standardized tests designed to assess intelligence. IQ is still recognized as an important element of success, particularly when it comes to academic achievement. Research has revealed that people with high IQs do well in school, often earn more money, and tend to be healthier in general.

EQ, (emotional intelligence) refers to a person’s ability to perceive, control, evaluate, and express emotions. Research shows that people with strong leadership qualities tend to be more emotionally intelligent. It helps us communicate with others, negotiate situations and develop clear thought patterns.

In today’s world having good emotional intelligence is the indicator of how a person performs at work and in life. Parents should consider teaching kids how to develop social skills to their kids through self-realization and self-regulation.

How to nurture Emotional intelligence of your child?

As parents we can teach our children appropriate social-emotional behavior and give them skills to deal with their negative emotions in a socially acceptable and matured manner. Parents are the first role models to their children. It is important for the parents to set a good example by interacting and reacting to others in a positive manner. Here are some tips for parents-

So parents, teach your children academics, give them extra tuition to learn Math, Science and other subjects but make sure that children don’t miss out on developing their emotional intelligence.

(Rekha Rajvanshi has a Masters of Psychology and Master’s of Philosophy in Education. She also studied Special Education at Macquarie University and works as a learning and Support teacher. She supports students with disabilities on a regular basis. This month, Rekha is sharing information on how to develop your child’s emotional intelligence)