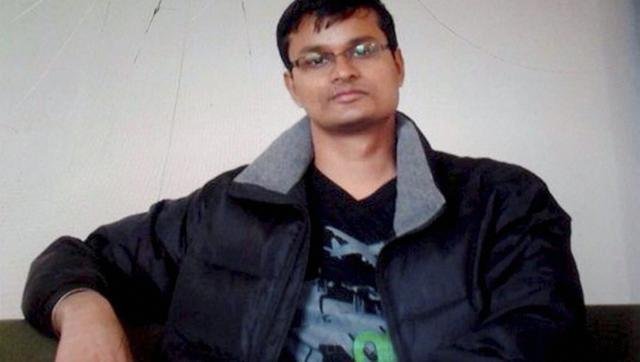 An Infosys employee who went missing after last week’s Brussels attack is dead, the external affairs ministry said on Monday.

Raghavendran Ganeshan, a 31-year-old India-born techie, was believed to be in a metro rail on March 22 when the Maelbeek station in the European city was rocked by an explosion.

The external affairs ministry said Ganeshan’s body will be flown to India on Monday night or Tuesday morning.

“Mortal remains are in process of being handed to family of Raghavendran, to be taken to India from Amsterdam airport,” the Indian Embassy in Belgium tweeted.

Offering “heartfelt condolences”, external affairs minister Sushma Swaraj tweeted: “Unfortunately, he was travelling in the same coach of the metro in which the suicide bomber blew himself up.”

Ganeshan, hailing from Bengaluru, had been working on a project in Brussels for four years. He visited India last month after his wife delivered a baby.

Ganeshan spoke to his mother in India an hour before blasts ripped the Brussels airport and the metro rail station.

Swaraj had offered help to Ganeshan’s mother after learning that an Indian was missing in the Belgian capital, home to the headquarters of both NATO and the European Union.

In a statement issued in Bengaluru, Infosys said: “We will continue to provide all possible support to Ganeshan’s family in this hour of grief and request the privacy of his family during this difficult time.”

Ganeshan’s brother, who works in Germany, has been in Brussels since the day of the explosions.

His parents, who stay in Mumbai, joined him on Friday, officials said.

“Our colleagues from Hague are coordinating with us so that we are able to send the body to Chennai tonight (Monday night),” Ajay Agarwal, attache (consular) with the embassy, told HT over phone.

External affairs ministry spokesperson Vikas Swarup said: “If they are able to make it, the body accompanied by the family would be on a flight from Amsterdam to Chennai via the Gulf tonight or tomorrow (Tuesday) morning with Jet (Airways) to India.”

Half a dozen people have been charged in Belgium following last Tuesday’s attacks. The death toll rose to 35 on Monday, excluding the two airport bombers and a third who blew himself up on a rush-hour train. The Islamic State group has claimed responsibility for the coordinated strikes.

The Belgian authorities identified Ganeshan as one of the victims of the “babarian attacks on March 22”, the Indian mission tweeted.