Indians can live 4 years longer if air meets WHO norms 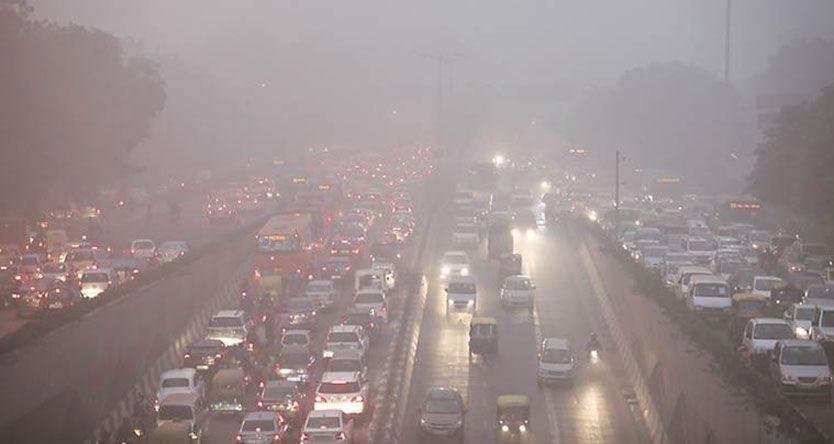 Indians could live four years longer on average, if India is able to reduce air pollution to comply with the World Health Organisation’s standards, according to the Air Quality-Life Index (AQLI) tool developed by the Energy Policy Institute at The University of Chicago (EPIC).

Residents of Kolkata and Mumbai could live roughly 3.5 years longer if the accepted particulate matter levels conformed to WHO standards, the tool show.

According to WHO, reducing annual average particulate matter (PM10) levels from 70 to 20 micrograms per cubic metre (µg/m3) can cut air pollution-related deaths by around 15 per cent.

Indians could live more than a year longer on average, or a combined more than 1.6 billion life years, if the country reduces pollution to comply with its national standards, the AQLI reveals. According to official figures, the average life expectancy in India is 67.3 for males and 69.6 for females.

The AQLI “translates particulate pollution concentrations into their impact on lifespans” and “complements” the frequently used Air Quality Index (AQI) that does not directly map the effects of air pollution on health. So far, “studies tend to rely on data tracking people’s exposure over a short time period” but this particular tool tried to capture lifetime exposure.

The AQLI is based on data from a pair of studies — Chen et al. 2013 and Ebenstein et al. 2017 — published in the Proceedings of the National Academy of Sciences (PNAS).

The 2017 study New Evidence on the Impact of Sustained Exposure to Air Pollution on Life Expectancy from China’s Huai River Policy finds “that a 10 µg/m3 increase in airborne particulate matter (PM10) reduces life expectancy by 0.64 years…”

The estimate is derived from the quasi-experimental variation in PM10 generated by the Huai policy, which provides free or heavily subsidised coal for indoor heating during the winter to cities north of the river but not to the south, according to the AQLI.

For the study, the researchers collected air pollution data for six main pollutants in 154 cities in the north and south from 1981 to 2012 with the main subject being PM10. They then linked the particulate pollution data to mortality data from 2004 to 2012 for which they used the Chinese Center for Disease Control and Prevention’s (CDC) Disease Surveillance Points (DSP) survey, a high-quality nationally representative survey through a coverage population of more than 73 million people at 161 locations.

“High levels of air pollution are a part of people’s lives in India, just as they were in the US, England, Japan and other countries in the past. The last several decades have seen tremendous progress in many of these countries, but this progress did not happen by accident — it was the result of policy choices,” wrote Micheal Greenstone, director of EPIC and one of the authors of the 2017 study.

“As India navigates the dual and conflicting goals for economic growth and environmental quality, the AQLI provides a tool to make the benefits of policies to reduce air pollution concrete,” wrote Greenstone, who is also Milton Friedman Professor in Economics.

EPIC India director Anant Sudarshan told The Indian Express that air pollution discussions at the government level are rarely motivated in terms of health effects. “It is not explained to people why we need to meet a standard. The government needs to speak the language of health, and explain to people that not meeting a standard would mean living less number of years,” he said.