Indians Across The World Mark Independence Day With Fervor 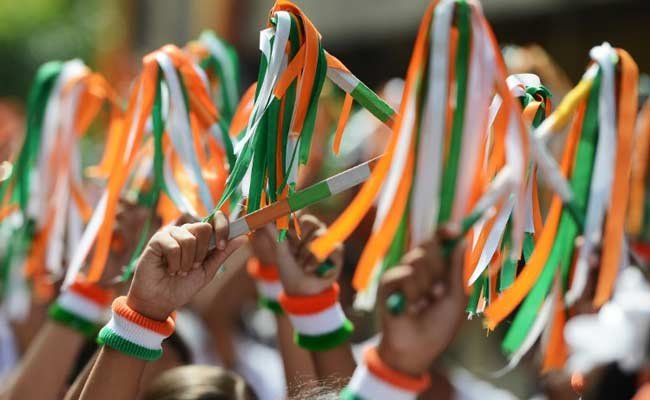 Soaked in patriotism, hundreds of Indians today proudly marked the country’s 70th Independence Day, as the national flag fluttered and the national anthem reverberated at Indian missions across the world.

Indians in countries like China, the US, Thailand and Singapore joined people in India to celebrate the day with recital of patriotic songs and dance performances representing the diverse ethnicity of India.

In Beijing, Indian Ambassador Vijay Gokhale hoisted the tricolour in the embassy premises at a function that was attended by members of the Indian community.

A large of number of Indian professionals besides embassy staff took part in the flag hoisting ceremony along with their families.

Mr Gokhale also read out President Pranab Mukherjee’s address to the nation followed by recital of patriotic songs. In Shanghai, Consulate General of India Prakash Gupta hosted the celebrations. Gupta unfurled the tricolour besides reading out excerpts from the President’s address. A similar celebration was held at the Indian Consulate in Guangzhou led by Consulate General Y K Sailas Thangal.

In the US, the Independence Day was celebrated on a large scale in Fremont in California and Edison in New Jersey where thousands of people attended the event amid a colorful cultural extravaganza.

In Bangkok, Indian Ambassador Bhawant Singh Bishnoi said, “2016 has been a most significant year for our bilateral relationships”.

Mr Bishnoi, in his speech to over 500 people gathered at the embassy premises, said Thailand remains one of India’s “closest” friends.

“People to people linkages are one of the most important aspects of our bilateral relationships. Central to this is the role played by the Indian community,” he said and commended the significant contribution by ethnic Indians and Indian nationals to the economic and social development of Thailand.

Indian Embassies, High Commissions and Consulates echoed with melodious strains of the national anthem as children and the hundreds of Indians joined to sing patriotic songs in Thailand, Vietnam, Singapore, Malaysia, Yangon, Laos, Cambodia, the Philippines, Indonesia and Brunei.

Students from local Indian schools also sang patriotic songs and staged dance performances in a cultural show. In a congratulatory message on the Independence Day of India, Singaporean President Tony Tan Keng Yam reaffirmed strong bilateral relations and underlined that “relations between Singapore and India remain strong and will grow despite challenges in the global economy”.

“As our people-to-people relations flourish, I am delighted by the excellent progress in bilateral projects and initiatives on various fronts including trade, skills development, defence cooperation, and Smart Cities development,” said Mr Tan.

In Kuala Lumpur, High Commissioner TS Tirumurti hoisted the flag at India House. About 350 people attended the ceremony that also witnessed a Carnatic singing performance. The High Commissioner also flagged off a Malaysia- Thailand-Myanmar-India car rally by Vinayak Mission that will cover 46,000 Kms and end in Salem Tamil Nadu.

In Hanoi, around 250 members of the Indian community and friends of India attended the hoisting of the flag by Ambassador P Harish, who also read out the President’s address.