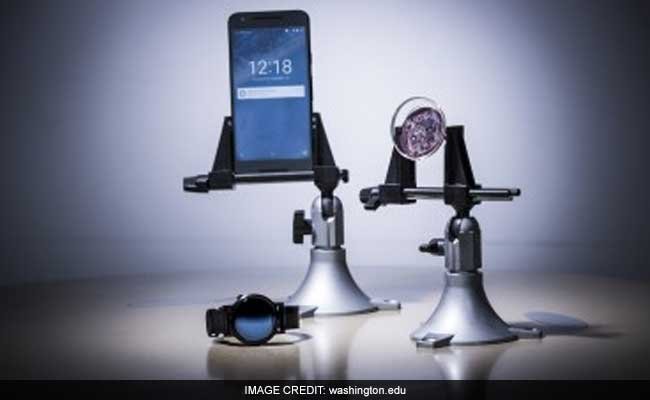 WASHINGTON:  Taking us one step closer to internet-connected wireless implanted devices, a team of Indian-origin engineers has introduced a new way of communication that allows devices to talk to smartphones and watches.

This new “interscatter communication” developed by the team from University of Washington in Seattle works by converting Bluetooth signals into Wi-Fi transmissions over the air.

Using only reflections, an interscatter device such as a smart contact lens converts Bluetooth signals from a smartwatch, for example, into Wi-Fi transmissions that can be picked up by a smartphone.

Due to their size and location within the body, these smart contact lenses are too constrained by power demands to send data using conventional wireless transmissions.

The team demonstrated for the first time that these types of power-limited devices can “talk” to others using standard Wi-Fi communication.

“Instead of generating Wi-Fi signals on your own, our technology creates Wi-Fi by using Bluetooth transmissions from nearby mobile devices such as smartwatches,” said study co-author Vamsi Talla.

Because the new technique enables inter-technology communication by using Bluetooth signals to create Wi-Fi transmissions, the team calls it “interscattering.”

Interscatter communication uses the Bluetooth, Wi-Fi or ZigBee radios embedded in common mobile devices like smartphones, watches, laptops, tablets and headsets, to serve as both sources and receivers for these reflected signals.

Beyond implanted devices, the researchers have also shown that their technology can apply to other applications such as smart credit cards.

This opens up possibilities for smart credit cards that can communicate directly with other cards and enable applications where users can split the bill by just tapping their credit cards together.

The new technique is described in a paper to be presented at the annual conference of the Association for Computing Machinery’s Special Interest Group on Data Communication (SIGCOMM 2016) in Brazil on August 22.