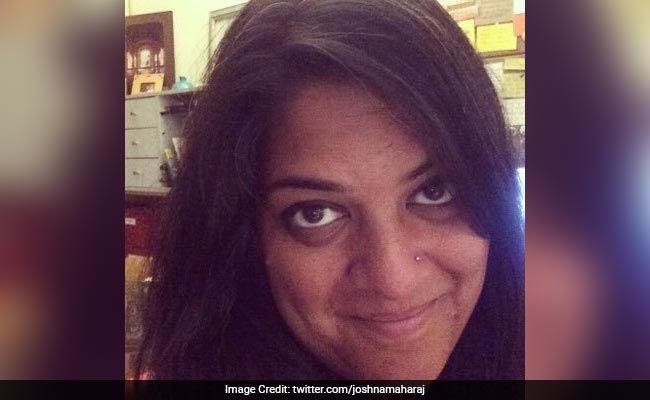 LONDON:  An Indian-origin woman chef has been selected among the top 20 finalists of a new 100,000 euro international prize set up to honour a chef who has made an exceptional contribution to “improving society through gastronomy”.

Canada-based Joshna Maharaj was nominated for the Basque Culinary World Prize for her work with several hospitals and institutions in the country to help them serve better food to patients.

“I hope it [being shortlisted for the prize] will provide some fuel and spotlight for these bigger conversations around institutional food change and community food security it opens up a whole other audience for this conversation, and really affirms the idea that there is a role that chefs can play as change agents in communities,” said Maharaj, who credits her Indian heritage for her passion as an advocate of good, healthy food.

“There is no question that my family’s Indian cooking has influenced my love for food. There is something inherently generous about the Indian kitchen… you can feed an army of people with delicious pots of curry. More than that, the tradition in my house was that everyone was welcome and there was always extra food for surprise visitors. On a professional level, Indian food is unapologetically flavourful while also being subtle and sophisticated,” she said.

The prize was launched earlier this year by the Spain- headquartered Basque Culinary Center, one of the world’s most prestigious gastronomic universities with a well-known Research and Innovation Centre in the field of food and gastronomy.

Each year, the prize of 100,000 euros will be awarded to an exceptional chef from anywhere in the world who demonstrates by his or her own work how gastronomy can be force for change.

The inaugural year’s top 20 finalists include chefs from countries like Brazil, Chile, Colombia, Denmark, France, Italy, Mexico, the Netherlands, South Africa, Spain, the UK, the US and Venezuela.

Their work is focused on everything from innovation to education, health, research, sustainability, social entrepreneurship and philanthropy, and the preservation of local cultures.

Joxe Mari Aizega, head of the Basque Culinary Centre, said: “We are thrilled by the diversity and caliber of our Top 20 finalists, who show the powerful, positive change chefs can make when they take on the responsibility of a public voice.

“Their stories will surely serve as an inspiration to their colleagues all over the world, which is the ultimate mission of the prize. It will be a difficult but exciting challenge for the Jury to choose one winner this summer.”

“It has been exciting to see that there are chefs who are using the essence of our profession to promote change or be part valuable projects that contribute to society in so many different ways. That’s something we couldn’t have even imagined a few years ago. I’m so proud of my peers,” added Elena Arzak, chair of the prize committee.

Entries came from over 30 countries worldwide and a total of 110 chefs were nominated.