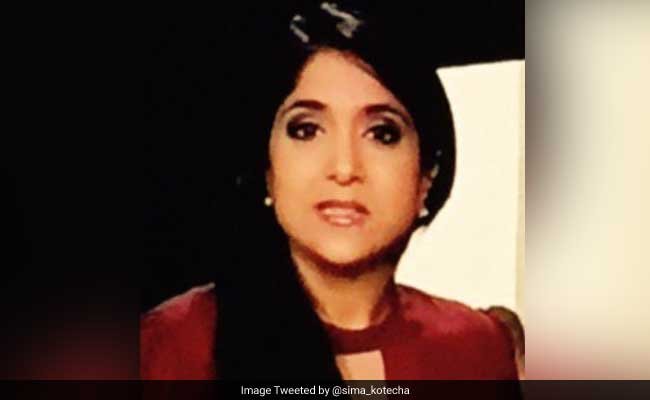 LONDON:  An Indian-origin BBC reporter faced racist abuse on the streets of her hometown in southern England today while she was reporting on Brexit vote.

Sima Kotecha was reporting on the aftermath of the June 23 referendum from the town of Basingstoke when she heard someone saying “Paki”, a racist term used for South Asian origin migrants in the UK.

“In utter shock: just been called ‘p..i’ in my home town! Haven’t heard that word here since the 80s,” she later tweeted.

The incident reflects a latest spike in racist incidents around the UK since the country voted for Brexit last week.

The decision to leave the European Union (EU) has led to an estimated 57 per cent increase in reported racist incidents between Thursday and Sunday, compared with the same days four weeks earlier, the UK’s National Police Chiefs’ Council said.

Outgoing Prime Minister David Cameron had condemned the rise in such attacks in his address to Parliament yesterday.

“Let’s remember these people have come here and made a wonderful contribution to our country. We will not stand for hate crime or these kinds of attacks, they must be stamped out,” he said.

Meanwhile, police officers were today also investigating a possible racist attack on a Muslim butcher’s shop in the West Midlands region of England.

A worker from the Kashmir Meat and Poultry shop in Walsall was injured when a suspect walked in and hurled a bottle filled with accelerant liquid.

It left the man bruised and the shop badly fire damaged. While West Midlands Police said the motive was “unclear” at the moment, “one of our lines of investigation is to determine if this is a racially-motivated assault”.

“The inquiry is at an early stage and I am keeping an open mind as to the motive. The man was not seriously injured, but it could have been much more serious. I am appealing for anyone with information,” a spokesperson said.

Detectives are examining CCTV from the area in their hunt for the suspect, who was described as white and 6-foot tall.