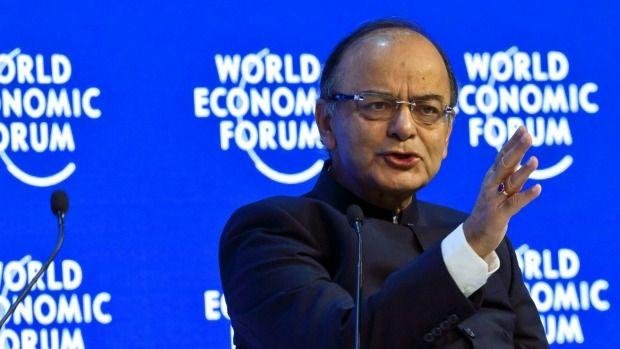 India’s finance minister, Arun Jaitley, has hopes of a quick breakthrough in a long-awaited trade deal between Australia and India, and says there are huge investment opportunities in his country for Australia’s $2 trillion superannuation industry.

Mr Jaitley, who is one of the most powerful figures in the BJP-led Indian government, also highlighted the prospects for Australian miners and niche manufacturers, especially food processing, in the world’s fastest-growing major economy.

India’s growth rate has the potential to accelerate from its current 7.5 per cent to more than 8.5 per cent if global economic conditions become more favourable and the subcontinent’s next monsoon is good, he said.

Mr Jaitley, who is visiting Australia, said he hopes the huge coal mine proposed by India’s Adani Group in Queensland’s Galilee Basin will go ahead. The project has been plagued by controversy and hold-ups, including a successful legal challenge to a federal environmental approval.

“Of course, being a democratic society if people choose to challenge it we have to learn to live with those risks,” Mr Jaitley told BusinessDay. “In India similar situations do exist.”

The Indian government, led by Prime Minister Narendra Modi, has ambitious plans to upgrade the nation’s infrastructure and Mr Jaitley said this could provide Australian superannuation funds “with a lot of opportunity”.

Mr Jaitley said negotiations for the Australia-India trade deal, named the Comprehensive Economic Cooperation Agreement, were in their “advanced stages”.

The federal government’s special trade envoy, Andrew Robb, will continue the negotiations at meetings in Delhi next week.

“I hope they make a breakthrough quite quickly,” Mr Jaitley said.

Formal negotiations to conclude the trade deal were launched in May 2011.

Mr Jaitley is in Australia to promote his government’s “Make in India” campaign to boost the country’s manufacturing sector. The Indian government aims to lift the contribution made to India’s economy by manufacturing from about 16 per cent of gross domestic product to 25 per cent during the next decade.

He said there were growing opportunities for Australian businesses in India’s food processing sector.

“This year in the Union [national] budget I have opened up agricultural products to be produced in India to be processed and marketed to 100 per cent FDI [foreign direct investment],” he said

“This is one area of core competence for Australians, and therefore it’s a huge opportunity considering the size of India’s population. It’s a business opportunity and in turn it’s a win-win situation for us because what our farmers produce will be sold.”

Mr Jaitley said the government was pressing ahead with a range economic reforms including the introduction of a goods and services tax.

“There is no question of the reform momentum slowing down,” he said.  “We are moving and moving the correct direction.”