Flag should be displayed and moviegoers should stand for anthem, to make them feel ‘this is my motherland’, court rules

India’s supreme court has ordered cinemas across the country to play the national anthem before film screenings to encourage citizens to “feel this is my country and this is my motherland”.

Indians weary from weeks of standing in queues at banks and ATM machines will get no reprieve at the cinema: the court also directed that moviegoers should “stand up in respect” while the anthem is played.

The decision by the country’s highest court on Tuesday is one of number of recent developments that have drawn India’s cinema industry into disputes over patriotism and national identity.

The panel of judges was responding to public interest litigation that claimed the national anthem was regularly being dishonoured, including in cinemas, where it was already required to be played before films in the states of Maharashtra and Goa.

“People should feel that they live in a nation and show respect to the national anthem and the national flag,” the court said.

Too much disrespect of national symbols had been indulged in the name of “individually perceived notions of freedom”, it added.

The Indian flag should be displayed and the doors of cinemas should be closed during the rendition to prevent people from entering or leaving, the court said.

It also banned anybody from dramatising the national song, printing it on an “undesirable object”, singing an abridged version or making money from it.

The anthem, Jana Gana Mana, was last ordered to be played in cinemas across India after the country’s 1962 war with China, but its strains were largely ignored by most moviegoers, and the practice was eventually discontinued. 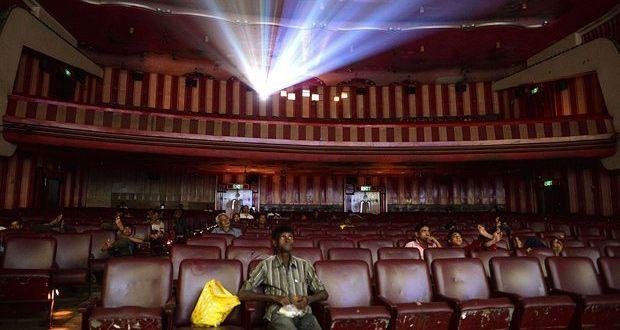 Long known for its formulaic song-and-dance numbers, Indian popular cinema has in the past decade tackled significant social issues including religious tension – in My Name is Khan (2010), for example – and rape and sexual assault (Pink, 2016).

But the industry has experienced pushback, including from India’s censorship board, which in June ordered more than 90 changes to a film about drug problems in the state of Punjab, including the removal of any references to Punjab.

The cinema industry was caught up in recent tensions between India and Pakistan after 19 Indian soldiers were killed in Kashmir by militants with alleged Pakistani backing. The Indian Motion Picture Producers Association announced it was banning Pakistanis from appearing in Indian films.

Ultranationalist groups threatened to disrupt the screening of a Bollywood blockbuster starring Fawaz Khan, an actor from Lahore. Khan was forced to skip the premiere of the film over the controversy, and has not returned to India since.

In Goa in October, Salil Chaturvedi, a writer and activist who uses a wheelchair, was allegedly assaulted in a cinema by another patron who was incensed that he had not stood during the anthem.

The election in 2014 of the prime minister, Narendra Modi, a devotee of a Hindu nationalist ideology traditionally at odds with India’s secular and pluralist political customs, has fuelled fierce debates over the country’s character.

Critics say the political ascension of Modi’s Bharatiya Janata party has emboldened Hindu supremacists and given voice to a more divisive and narrower definition of patriotism.

Shylashri Shankar, a research fellow who has written a book on the Indian supreme court, said on Wednesday after the anthem ruling that it was “a bit worrisome that it is, in a sense, putting its weight behind notions of nationalism and what it means to be Indian”.

She said she remembered the anthem being played at cinemas when she was a child, “but the notion of the anthem then was different to what it is now, when it is imbued with much more weight”.

One cinemagoer in south Delhi, 22-year-old Surabhi, said the order was “going against what we go to the movies for”.

“We want to relax, to enjoy ourselves, to spend time with family and friends. We stand for the national anthem when it plays before a speech, or the Republic Day parade, or in school. At the beginning of a film it serves no purpose,” she said.

Furqan, 26, agreed. “I don’t have to prove my nationalism and patriotism every time I go anywhere. It’s coming into our private spaces, our private lives,” she said.

Nitin Datar, head of the Maharashtra-based Cinema Owners and Exhibitors Association, welcomed the supreme court’s order. He said some of the country’s 9,000 single-screen cinemas might struggle to implement the order quickly, but would have no trouble making sure its patrons stood during the anthem.

“There are very few stray cases [where people don’t stand] but otherwise the public respect the anthem,” he said.