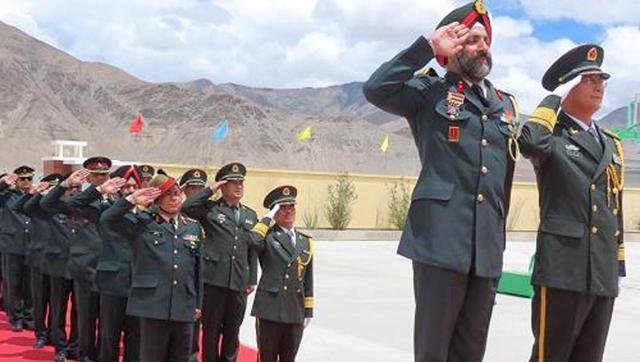 The Indian and Chinese armies on Monday decided to uphold the treaties and agreements signed between the governments of the two countries to maintain peace and tranquility along the Line of Actual Control (LAC) in Ladakh sector of Jammu and Kashmir.

“Both sides also sought to build on the mutual feeling to uphold the treaties and agreement signed between the governments of the two sides to maintain peace and tranquility along the LAC,” Defence spokesman said.

The first delegation was led by Brigadier Navneet Kumar from the Indian Side and Senior Colonel Fan Jun from the Chinese side, he said.

At TWD, the delegations were led by Colonel BS Uppal from the Indian side and Colonel Song Zhou Li from the Chinese side, the spokesman said.

“The meetings were marked by saluting the National flag of China by members of both the delegations. This was followed by the ceremonial address by the delegation leaders,” he said.

At both the locations, the delegations interacted in a “free, congenial and cordial environment,” the spokesman.

“The delegations parted amidst feeling of friendship and commitment towards enhancing the existing cordial relations and maintaining peace along the LAC,” he added.

- Advertisement -
Share
Facebook
Twitter
Pinterest
WhatsApp
Previous articleThe 2016 Census: How does it work and do I have to take part?
Next articleReserve Bank cuts cash rate to historic low of 1.5 per cent in August
- Advertisement -