Indian boxers to play under national flag at Rio 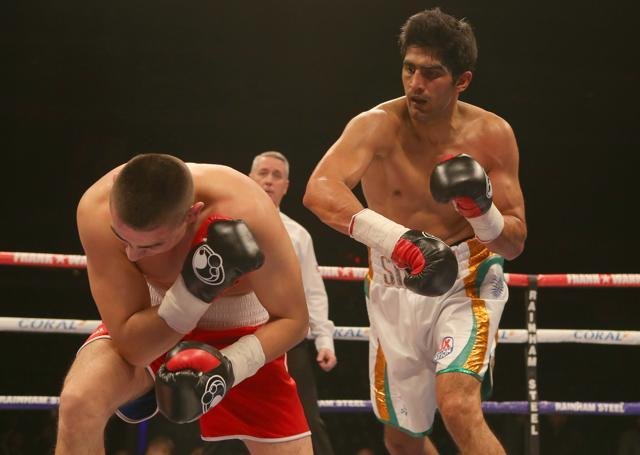 The boxing world governing body (AIBA) has allowed the Indian team to host the tri-colour.

Due to infighting between Indian officials the AIBA had suspended the national federation in 2012.

“That worry is over as the world body has agreed to give some concession to the Indian team,” said an official associated with the ad-hoc boxing panel.

The world body had also barred Indian coaching staff at international bouts, which had a negative impact on the performance of boxers.

At Rio, AIBA might also allow Indian officials to accompany the boxers.

Due to legal hassles, elections to elect new office-bearers were often postponed and severely curtailed the development of the discipline in the country. At the London Games, eight boxers had qualified.

Vijender also apprised Prime Minister Narendra Modi about the state of affairs of Indian boxing and said strong action should be taken against those responsible for the mess.

In the past four months, election dates were announced at least four times, but no elections were held.

But this Sunday ad-hoc panel will have a crucial meeting at Mumbai, to take stock of situation and accordingly announce the fresh dates of elections.

“Hopefully, the office bearer of new body would be elected soon,” said an official associated with ad-hoc panel.