Why Some Indian Americans Are Supporting Donald Trump 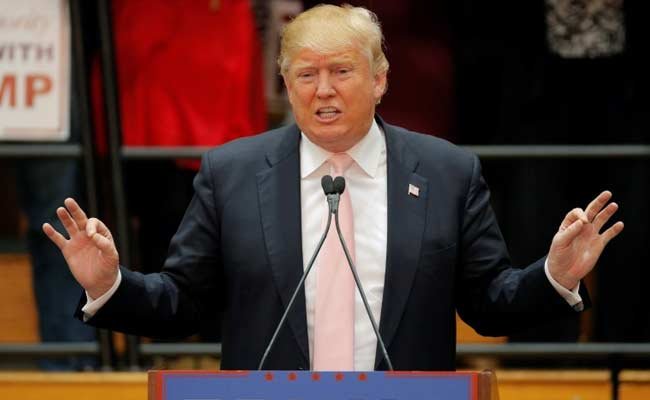 In 2008, nearly 90 per cent of Indian Americans voted for President Barack Obama, but a group called Indian Americans for Trump 2016, say this will be the year of his antithesis, Donald Trump.

Speaking to NDTV in New York’s Times Square, Dr Sudhir Parikh, Chairman, Center for Asthma and Allergy, USA and the group’s Adviser, said the group supports Republican front-runner Donald Trump because, he is a “man of action, a successful businessman who will work very well with the current strong willed Indian government.”

Dr Parikh said he feels Indian Americans have far more in common with the Republicans than the Democrats as “Our family values are the same as what the Republican Party is talking about, against abortion and same sex relationships. We are the most affluent community in America, with higher per capita income than even the Jews… it makes sense to vote Republican.”

Anand Ahuja, Attorney and Counselor at Law and Vice President for Indian Americans for Trump 2016, told NDTV that there is a “wrong media created perception that Trump is against Muslims and minorities. And as far as being against H1B visas – either you can increase H1B visas or you can say invest in India – you cannot have it both ways.”

Mr Ahuja also said he believes Prime Minister Narendra Modi and Donald Trump “have some commonalities, for example their styles for working. I normally jokingly say both are very strong headed and both have their own controversies.”

Dave Makker, Media Spokesperson for Citizens for Democracy and the group’s Secretary, told NDTV that he is against career politicians.

“Trump is a self-funded politician who is taking on the established power brokers,” Mr Makker said. Arguing that Republican Presidents better favour Indian interests, he added, “The nuclear deal was given by George Bush.”

Indians for America 2016 says while they are not affiliated with a “fringe group”, Hindus for Trump, which has a picture depicting Donald Trump as Lord Vishnu on its social media platforms, they added that in a democracy every group has a right to express its opinion.