Indian-Americans Keen About PM Modi’s Address To US Congress 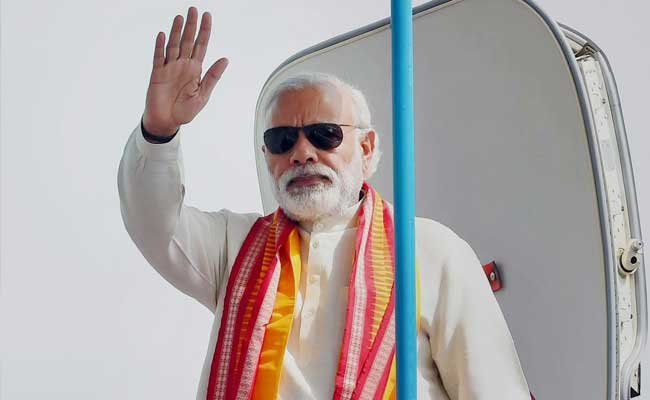 WASHINGTON:  Indian-Americans in the US are looking forward to listening to Prime Minister Narendra Modi’s address to a joint session of the US Congress with American lawmakers flooding with requests from the community members for tickets to the visitor’s gallery on June 8.

A large number of Indian-Americans are disappointed by not being able to get tickets of the visitor’s gallery for the event.

Indian-Americans from across the US are flying to Washington DC to listen PM Modi in person.

“I am sure after listening to him, people of this country and Congressmen would realise the importance Modi attaches to the India-US relationship,” he said.

“This is a speech, which I would like to watch in person. I do not want to miss it,” said MR Rangaswami, a Silicon Valley-based successful investor and entrepreneur, who is flying from California to attend Modi’s event at the Capitol Hill.

Mr Rangaswami, the founder of Indiaspora, is among the lucky few who have managed to get a ticket to the visitors’ gallery of the House Chambers, which has limited number of seats.

Congressional sources told Press Trust of India that lawmakers are having a tough time in declining requests for a ticket to the joint address by Modi.

In fact, most of the Congressmen have been allocated one ticket each.

Given the great demand for tickets, Congressional sources said at one point of time, there was consideration for erecting a huge tent for Indian-Americans to watch the speech live. But the idea was shelved because of Congress’ protocol.

The speech would be telecast nationwide live on C-Span, a cable and satellite television network.

“The invitation (to the Prime Minister) itself shows the status of the relationship and how far we have come,” Swadesh Chatterjee, an eminent Indian-American, said.

Mr Chatterjee, who played a key role in reviving the India-US relationship after the Pokhran nuclear tests, vividly remembers how he and many other Indian-Americans had to lobby for months in the Congress to invite the then Prime Minister Atal Bihari Vajpayee to address a joint session of the Congress on September 14, 2000.

“And this time, we had no role to play. Congressmen themselves wrote to the Speaker (of the House of Representatives) to invite Modi to address the joint session of the Congress. And it took no time for Speaker (Paul) Ryan to invite India’s Prime Minister,” said Mr Chatterjee.