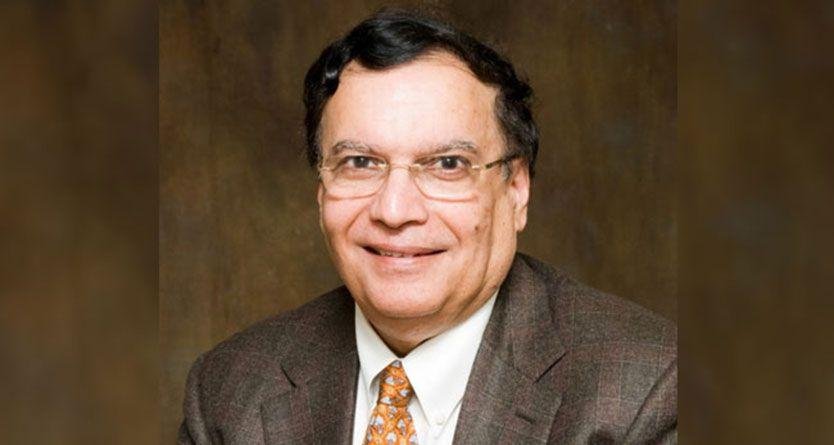 Dr Singh, who came to the United States more than four decades ago and has multiple patents to his name, said the new SMR reactors require only few acres of land. And because it is air cooled, it can be put in a desert, unlike the traditional reactors which requires huge amount of water for cooling purposes.

WASHINGTON: An Indian-American entrepreneur has pitched for fast-track mini nuclear reactors, saying they are economical and could be constructed within two years.

Negotiations on mega nuclear power plants with US companies Westinghouse and General Electric are either in doldrums or moving at snail’s pace.

“The new generation Small Nuclear Reactor uses light water technology to produce 160 MW and is the future of nuclear energy reactor because of its unconditional safety and economy,” Kris Singh, founder and CEO of New Jersey-based SMR LLC and Holtec International told PTI in a recent interview.

The state government had awarded a USD 260 million and land to develop an SMR construction facility.

Dr Singh, who came to the United States more than four decades ago and has multiple patents to his name, said the new SMR reactors require only few acres of land.

And because it is air cooled, it can be put in a desert, unlike the traditional reactors which require huge amount of water for cooling purposes.

Constructing each of these small nuclear reactors costs USD 1 billion.

But if made in India, the cost could be far less, he said.

“The Indian labor is cheaper…so the construction cost would be less. You should reasonably expect between 20 to 30 per cent reduction in cost as we go forward,” said Dr Singh, who earned his engineering degree from BIT Sindri, which is now in Jharkhand.

The company has written a letter to Prime Minister Narendra Modi on the SMR 160 with the offer to have it constructed in India under the Make in India program.

“You can build these reactors in large numbers and distribute them across the country,” he said arguing that such reactors can be the best solution to addressing the energy problem of India.

Asserting that it is better to put five of these modular reactors than a large 800 MW reactor, Dr Singh said his company is being considered for both the Canadian and British SMR program and is at the forefront of the SMR technology.

“We have also started Holtec Arabia for SMR deployment in the middle east countries. Many of these SMR parts will be manufactured in India and exported to Middle East,” he said.

Holtec Asia, a wholly owned subsidiary of Holtec International, recently has finished constructing a facility in Dahej, Gujarat to develop components of Small Modular Nuclear Reactor (SMR-160), he noted, adding that this USD 100 million project is just a small beginning of his long-term plan of manufacturing in India.

Dr Singh said this facility would initially export critical nuclear facility components including air cooled condensers, spent fuel storage and others to USA and other countries.

Holtec expects the export to be USD 400 million dollars in a year or so.

According to Dr Singh, the proposed SMR 160 reactors are far superior in safety as compared to Large Nuclear Reactor in case of earthquake, tsunami or terrorist attack as the nuclear activity in their SMR is underground.

“In case of any disaster, it shuts itself for an indefinite period, thus we call it walk away and unconditional safe,” he said in response to a question.

Big rectors are a thing of past, argued Sanjay Gupta, SMR executive director.

“Safety issues, excessive costs and untimely completion led to the financial crisis and bankruptcy of the makers of big reactors.

“I can foresee our small nuclear reactors being used as the cheapest and most reliable source of green energy worldwide,” said Mr Gupta who has been in talks with Indian government officials in this regard.

“We have already started the groundwork in few countries including UAE, Canada, and Ukraine in this direction,” he said.

Holtec has a backlog of orders of USD 6 billion. From its Gujarat site, it expects around USD 470 million exports over next year.

“We plan to invest around 2 Billion Dollars in South East Asia Corridor next few years and some of this can be in India,” he said.

Responding to a question, Dr Singh said while solar energy is another alternative renewable energy option, but small nuclear reactors like SMR-160 are a more viable and economic option.

“Solar definitely has the future, but solar is a…you know it’s not a reliably constant source of power. If the sun is not shining the power disappears,” he said.

Dr Singh has his PhD in Mechanical Engineering from the University of Pennsylvania, has more than 70 technical papers, one textbook and numerous symposia volumes.

He has over 70 patents to his name.

Over 120 nuclear plants around the world employ Holtec’s systems and equipment in safety-significant applications, many based on Dr Singh’s patents.

He has donated money to develop the nanotechnology centre at the University of Pennsylvania and the centre is named Singh Centre for Nanotechnology. He also recently completed building 700 toilets in Bihar.