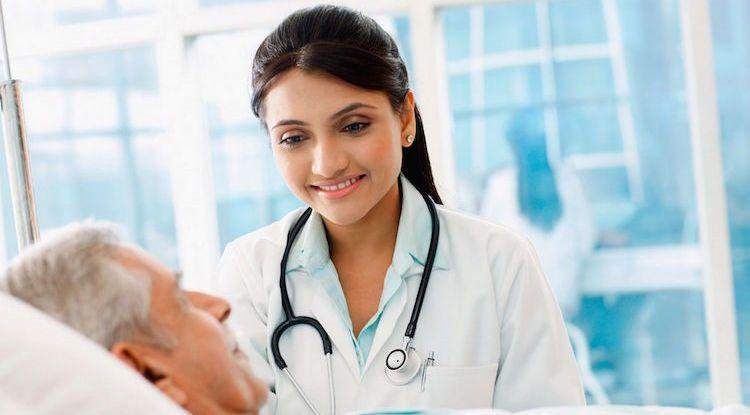 MUMBAI: India continues to retain its position as the world’s top supplier of expatriate doctors to 34 member countries of the Organisation for Economic Co-operation and Development (OECD), followed by China. Most new immigrants to OECD countries—taking migration statistics in totality—though, originated from China, with India occupying the fourth slot.

According to OECD’s recent report on International Migration Outlook (2015), as many as 86,680 Indian expatriate doctors (statistics relate to 2010-11) worked in OECD countries, which include the US, EU countries and Switzerland, to name a few. The number of expatriate Indian doctors jumped from 56,000 in 2000-01 to nearly 87,000 in 2010-11, but the corresponding expatriation rates have risen only by one-half of a percentage point to 8.6%. The US employs 60% of the expatriate Indian doctors, with the UK being the second leading employer. China, with 26,583 expatriate doctors in 2010-11 occupied the second slot.

Philippines provided the most nurses—around 2.21 lakh—compared with India at 70,471. The number of expat nurses from India, though, has grown over the past ten years, which has seen India move to the second spot in 2010-11 from its sixth position earlier. Expat nurses from India are found primarily in the US (42%), the UK (28%) and Australia (9%).

“The trend mirrors the general increase in immigration to OECD countries, particularly that of skilled workers,” states the report. The International Migration Outlook (2015) study points out that a number of OECD countries have fundamentally revised their migration legislation in the past few years. Most changes tend towards restriction. While skilled workers are still wanted, countries are picking them more selectively. Investors and entrepreneurs are sought after, but are increasingly scrutinized.

Several countries have cast a greater onus on the potential employer to ensure that only those expats with the right skills are granted employment—advertising for local employees, payment of a threshold salary for expat employees (to ensure that lower salaries don’t become the sole ground for hiring expats) are measures adopted by various countries, especially the European Union (EU) countries.

The total foreign-born population in OECD countries stood at 11.7 crore people in 2013—3.5 crore more than in 2000. Preliminary 2014 data suggests that permanent migration flows to OECD countries reached 4.3 lakh—a 6% increase compared to 2013. In addition, most categories of temporary migration increased too.

Most new immigrants to OECD countries originated from China; it accounted for around one in ten migrants in 2013. Romania and Poland rank second and third with respectively 5.5% and 5.3% of overall inflows to OECD countries. This is largely attributed to intra-EU mobility.

Comparatively, India appeared in fourth position only 4.4% of immigrants to OECD countries were from India. (See graphic).

A country-wise analysis of the statistics drawn from this report shows that the US, Australia, Canada, the UK and Germany were favoured destinations for Indian migrants. In terms of absolute numbers, the largest number of migrants from India are to the US (68,500 in 2013). However, if one compares a period over 10 years, Australia has seen a significant percentage rise. (See graphic).

OECD countries have also seen an increase in the number of foreign students. In 2012, there were nearly 34 lakh foreign students in OECD countries—a slight rise of 3% compared with the previous year. Most international students in the area of higher education originated from Asia. China accounted for 22%, followed by 6% from India and 4% from Korea.

International students account for an average of 8% of the OECD tertiary-level student population. In Australia, the UK, Switzerland, New Zealand and Austria, one student in six at the university level is from abroad. In the US, though, where they are more numerous than anywhere else, they constitute barely a 3.5% share of university-level students.