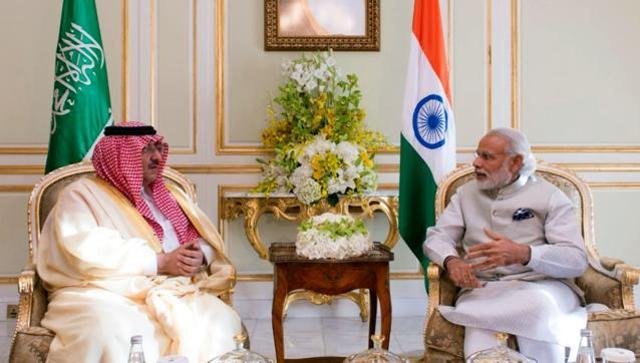 India and Saudi Arabia on Sunday agreed to expand strategic cooperation in areas of counter-terrorism, defence, trade and investment as Prime Minister Narendra Modi concluded his visit to the kingdom.

The two leaders agreed to enhance cooperation in counter-terrorism operations, intelligence sharing and capacity-building to strengthen cooperation in law enforcement, anti-money laundering, drug-trafficking and other transnational crimes, said a joint statement issued after their meeting.

Modi also invited Saudi companies to invest in the infrastructure sector in India.

The two leaders condemned terrorism in all forms and manifestations, irrespective of who the perpetrators were and of their motivations. “They called on all states to reject the use of terror against other countries, dismantle terrorism infrastructures where they happen to exist and to cut off any kind of support and financing to the terrorists operating and perpetrating terrorism from their territories against other states; and bring perpetrators of acts of terrorism to justice,” it said.

The Indian side was briefed on the Kingdom’s initiative in bringing together Islamic Alliance against terrorism.

A memorandum of understanding on intelligence sharing and a framework agreement aimed at facilitating investments by the private sectors were signed. Pacts on recruiting general category workers and promoting cooperation in the field of handicrafts were also inked.

Earlier in the day, Modi visited an all-women IT centre of Tata Consultancy Services in Riyadh, where around 1,000 women work in business process outsourcing operations, 85% of whom are Saudi nationals. He invited the women professionals to visit India. Modi also addressed a roundtable with a group of 30 Saudi chief executive officers and Indian businessmen, where he batted for improved relations in areas such as petroleum, renewable energy, infrastructure, defence and agriculture.