India-Pakistan World T20 game at HPCA will be high-scoring: Curator 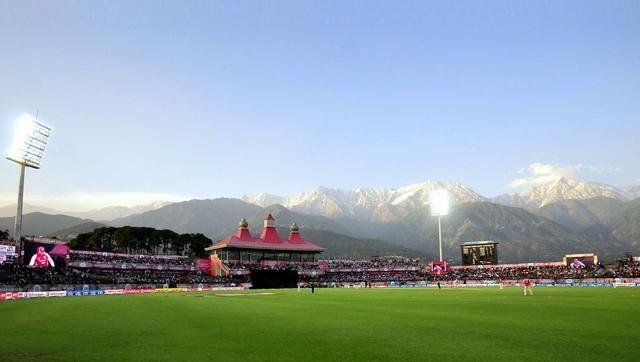 The much-awaited World Twenty20 match between arch rivals India and Pakistan at the picturesque Himachal Pradesh Cricket Association (HPCA) Stadium here will have a batsman-friendly pitch and is expected to be a high-scoring game, the ground’s curator said in Dharamsala on Tuesday.

India and Pakistan will lock horns at the HPCA Stadium, which is nestled in the Dhauladhar range of the Himalayas, here on March 19 and is expected to be a high voltage clash between two former champions of the showpiece tournament.

“For Twenty20s, you know how the wickets are. This one will also be the same; it will be a batsman friendly wicket. The pitch is such that it will be a high scoring game,” HPCA chief curator Sunil Chauhan told IANS during a chat here.

Chauhan further said that the condition of the pitch will not deteriorate through the course of the match but added that the outfield will be lightening quick.

“For 40 overs the wicket will behave as the same. But the outfield will be fast. We are preparing it right now by using sand and organic manure. We will start preparing the pitches on February 24,” said Chauhan.

“Currently, we are preparing the outfield. If you see the ground on February 28 or 29, you will see a lush green field unlike now,” added Chauhan, pointing towards the outfield where work was ongoing.

Dharamsala will host six qualifying matches of the World Twenty20 from March 9 to 13 and two main tournament games. Trans-Tasman rivals Australia and New Zealand will square off on March 18 followed by the India-Pakistan encounter.

“I am 100 percent sure it will be a full house for both the matches. Both are big games and everyone is excited to see the India-Pakistan match in Dharamsala,” concluded Chauhan.