The death toll from a boat accident in eastern India rose 26 on Sunday, a senior official said, warning of more casualties with rescue workers still scouring the waters.

The non-motorised wooden boat, packed beyond capacity with revellers returning from a kite festival, capsized on Saturday in the Ganges river near Patna, the capital of Bihar state.

The exact number of missing was uncertain because there was no passenger list but police said the boat was carrying at least 40 people.

“Workers pulled out 22 bodies in the night and this [Sunday] morning four more bodies were recovered,” he said.

“The boat capsized not very far from the shore. Some people managed to swim to safety. But we are fearing [sic] the number of dead could go up further.” 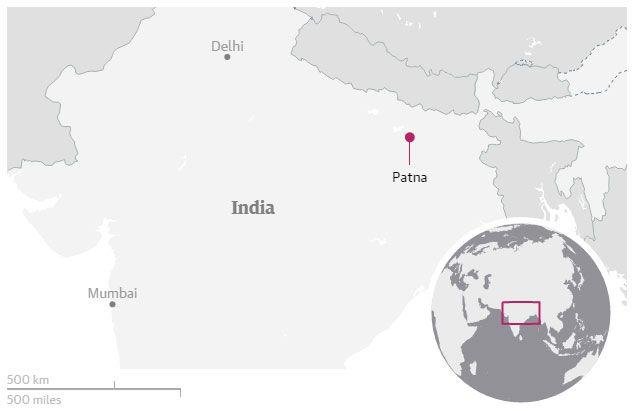 Among those to survive the tragedy was an 18-month-old toddler, now recovering in a city hospital, Kumar said.

The revellers were on their way back from the annual Hindu harvest festival of Makar Sakranti, marked by kite-flying and other festivities.

Bihar state’s chief minister, Nitish Kumar, has ordered an inquiry into the accident and announced compensation of $5,900 for the families of the victims.

The prime minister, Narendra Modi, cancelled an event he was scheduled to attend in Patna on Sunday.

Boat accidents are common in the country, mainly because of overcrowding, poor maintenance, lax regulations and a lack of life jackets and other safety equipment.

Twenty people died after a ferry capsized in a rain-swollen river in India’s northeastern state of Assam in September 2015.

More than 100 people lost their lives in 2012 in Assam when a boat sank in the Brahmaputra river during a storm.

Previous articleI am a born Congressman, this is my ghar wapsi: Navjot Singh Sidhu
Next articleDo you know the signs of heat stress?
The Indian Telegraphhttp://www.theindiantelegraph.com.au/