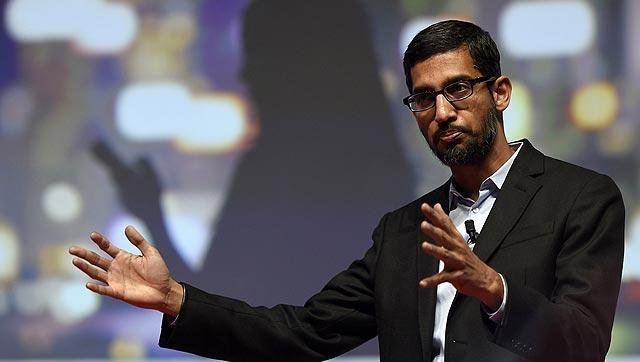 Google announced on Monday the launch of Alphabet Inc as its parent company with co-founders Larry Page as its CEO and Sergey Brin as president.

India-born Sundar Pichai was named CEO of Google, which will be the new entity’s largest fully owned subsidiary, a thinly trimmed version of what it is now.

The new structure, which will take shape over the next few months, was announced by Page in a blogpost and in a filing to the Security and Exchange Commission.

“Alphabet is mostly a collection of companies,” Page said in the post, adding: “Our model is to have a strong CEO who runs each business, with Sergey and me in service to them as needed.”

Google, he added, will be the largest but a “bit slimmed down, with the companies that are pretty far afield of our main internet products contained in Alphabet instead”.

The “far afield” entities, he explained, would be Life Sciences, which works on on the glucose-sensing contact lens, and Calico, which is focussed on longevity.

About the choice of the new Google CEO, Page said: “Sundar has been saying the things I would have said (and sometimes better!) for quite some time now, and I’ve been tremendously enjoying our work together.”

The 43-year-old Pichai, who joined Google in 2004 — the year the company launched Gmail, was in charge of product and engineering for the company’s internet businesses.

He was born in Chennai, studied engineering at IIT Kharagpur, then came to Stanford in the US, and went on to complete an MBA from the Wharton School of Business.

His rise within Google tracks closely those of other Indian Americans in the IT industry — Hyderabad-born Satya Nadella became CEO of Microsoft in 2014.

Shantanu Narayen, also from Hyderabad, heads Adobe, and Nikesh Arora, a former Googler, was named president and COO of Japan’s SoftBank, also in 2014.