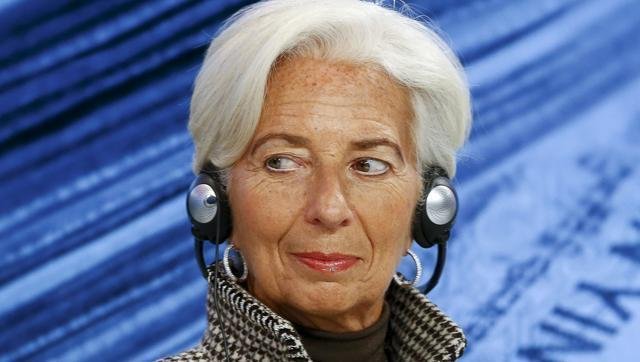 Lagarde, the first woman to hold the post, was the only candidate nominated. Her new term starts July 5.

Lagarde, 60, was named the IMF’s 11th managing director in 2011. She has led the multinational lending agency through the European debt crisis and a period of global economic stagnation which she’s labelled as the “New Mediocre.”

In a statement, Aleksei Mozhin, dean of the IMF’s executive board, said board members were impressed with Lagarde’s “strong and wise leadership… During turbulent times in the global economy, Ms. Lagarde strengthened the fund’s ability to support its members.”

Before joining the IMF, she was an international lawyer. She also has served as France’s minister of trade, agriculture and finance. During the financial crisis of 2008, she led a council of European Union finance and economic ministers.

In December, France’s Court of Justice of the Republic ordered Lagarde to stand trial over her role in a 2008 arbitration ruling that gave 400 million euros ($444 million) to a French businessman. Lagarde, who was finance minister at the time, has denied wrongdoing. The prosecutor who investigated the payment had argued that the case against her should be dropped.