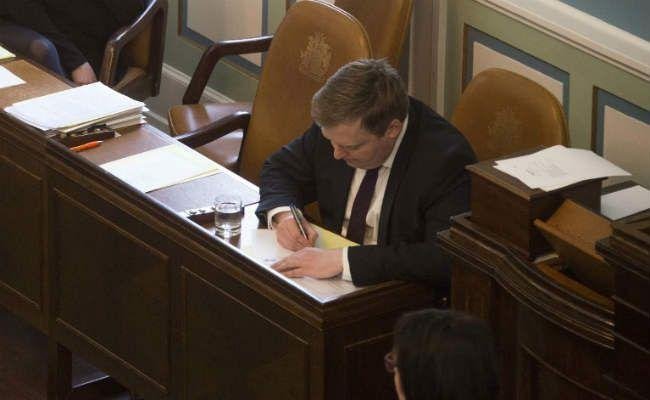 REYKJAVIK, ICELAND:  Iceland’s right-wing coalition government on Wednesday named a new prime minister and said it would hold elections in the autumn, after the previous leader was forced to step down over his implication in the Panama Papers scandal.

The Progressive Party and the Independence Party agreed after talks late on Wednesday to hand the prime minister post to the current agriculture minister, Sigurdur Ingi Johannssonn, 53, of the Progressives.

He replaces Sigmundur David Gunnlaugsson, 41, who stepped down Tuesday amid massive public protests over a hidden offshore account revealed in the massive so-called Panama Papers leak.

“We expect to have elections this autumn,” Johanssonn told reporters, insisting that the coalition would continue to run the country’s affairs despite thousands of protesters calling for the whole government’s resignation.

“We will continue our work together. We are of course hoping this will help bring stability in the political system,” he said.

Iceland’s next legislative elections were originally scheduled for April 2017.

Gunnlaugsson remains the head of the Progressive Party for the time being.