I am a single working mother: Sussanne Khan on marrying Arjun Rampal 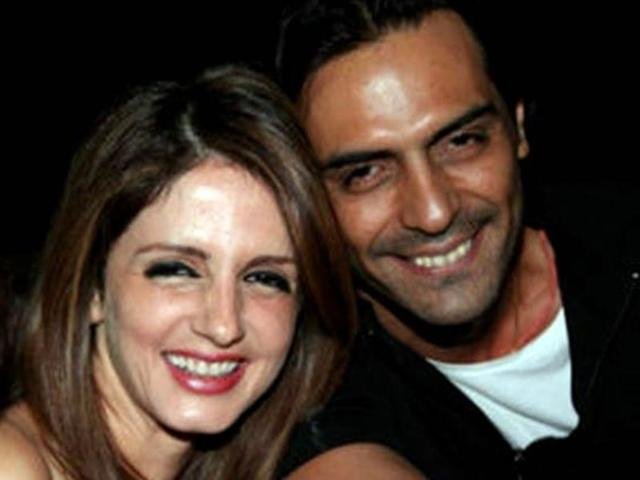 Ever since she separated from her husband and Bollywood star Hrithik Roshan, rumours have been rife about Susanne Khan going around with Arjun Rampal. Recently, reports even claimed that the two plan to tie the knot soon. The interior designer, however, has refuted the rumours saying she is a “proud single mother”.

It is speculated that Bollywood actor Arjun Rampal, who is married to former model Mehr Jessia, was the cause of Susanne’s split from Hrithik Roshan in 2013 after 13 years of marriage. The former couple has two sons seven-year-old Hrehaan and five-year-old Hridhaan.

Earlier this week, it was reported that Sussanne and Arjun were spotted at a coffee shop in Mumbai. Rubbishing the rumours, Sussanne said, “Persistent speculation in the media has made me realise that idle Bollywood gossip mongers, who are influential, are insistent on spreading rumours and lies about me. Stories are fabricated on upcoming weddings and meetings in coffee shops.”

“It is irresponsible press if incorrect stories are published. There are families and human feelings involved and it hurts people when false gossip is passed off as true. I am a single working mother and take tremendous pride in the way I live,” she further said in her statement.

Arjun and Mehr, who are parents to two daughters, have been hit by split rumours for sometime now. The couple, who have been married for 17 years, put up a united front at the Lakme fashion week last month, where they arrived together to attend designer Monisha Jaisingh’s show.