It’s been trying times for Hrithik Roshan. Messy divorce, Kangana legal files, Mohenjo Daro disaster. Can Kaabil lift Hrithik out of this low phase? Wait before you write him off.

At Rs 345 crore and still counting, Aamir Khan ended 2016 on a winning note with the record-smashing Dangal, a lot of which centred on a stubborn father’s wish to see his daughters bring home gold in wrestling for the country. In 2017, another determined father is rooting for his son to settle for nothing less than box-office gold. No gold for guessing who we are talking about. It’s Rakesh and Hrithik Roshan (very much a papa’s boy). Roshan, who turns 43 today, is currently reeling under the historical embarrassment that was Mohenjo Daro, last year’s Ashutosh Gowariker epic. Other than Gowariker and Rakesh Roshan, the star doesn’t work for too many outside banners or directors. For a change, he has teamed up with Sanjay Gupta for Kaabil, his big release that’s round the corner. While Papa Roshan maintains a hawk’s eye over the enterprise as producer, they have let Mr Gupta use what has become an exclusive Rakesh Roshan (and probably, Ekta Kapoor) domain – a title that starts auspiciously with the letter ‘K.’

Whether fortune will favour Kaabil or not, we will know on January 25 when the film releases in a much-hyped duel. After all, the super dean among Greek gods, Roshan will lock horns at the box-office with none other than Shah Rukh Khan, a spectacle that’s driving the media into frenzy. It’s interesting to note that ‘SRK’s Raees versus Roshan’s Kaabil’ is more than just about the declining box-office clouts of two superstars who have seen rosier days. There’s much more at stake than just numbers here. While Khan is direly in need of a monster blockbuster that comes rather easily for rivals Salman and Aamir Khan these days, for Roshan Kaabil is something of a make-or-break. Both stars are insisting that though the clash could have been avoidable Roshan has willingly thrown his hat in the ring. Speaking recently to Firstpost.com, Roshan Junior who has played younger brother to SRK in Kabhi Khushi Kabhie Gham admitted that the much-touted clash is exciting. Also striking a word of caution, he said, “We (SRK and I) are in a business. We are also in a friendship. Both should be in their place. We should understand that business is business and friendship is friendship.” Roshan may have you believe that the vendetta’s strictly friendly but scratch the surface and you may realise that what you have just heard could be the swaggering confidence of a star who knows he has got the arithmetic right. What could also work in Roshan’s favour is that his opponent who’s otherwise known to turn whatever he touches into gold is at his weakest. King Khan’s last few films (Dilwale, Fan and Dear Zindagi) have tortoised their way to the coveted Rs 200 crore spot. 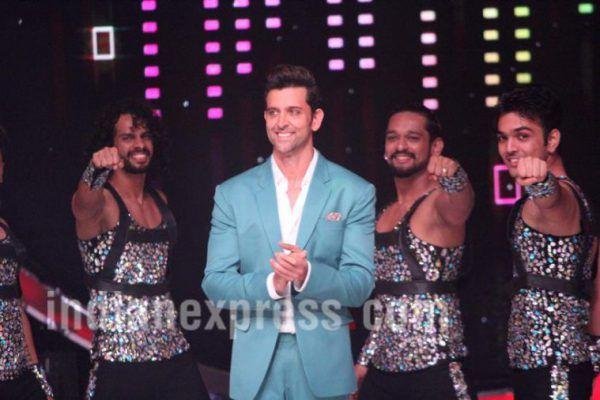 Some media reports suggest that like most Sanjay Gupta flicks, Kaabil is just another ‘K’ for Korean inspiration. But, on paper, its premise does look intriguing. Depicting a blind man out to wreak vengeance, Kaabil looks set to exploit Hrithik Roshan’s action side. Widely acclaimed as a hoofer with amazing pair of dancing shoes, Roshan has been accepted in the past as an action star, especially if the success of Agneepath and Dhoom 2 is anything to go by.

Think about it: both SRK and Roshan are feeling the same pinch. A generation junior to the Khans, Roshan is finding himself vastly impaired by competition from the younger lot. From Ranbir Kapoor and Ranveer Singh to Varun Dhawan and Tiger Shroff (a Roshan facsimile) the hazel-eyed Roshan lad has had to bear the relentless onslaught of the rising wave of new talents. But it’s not like there’s fault in his stars. If his last outing Mohenjo Daro was a dud Krrish 3 and Bang Bang! fared well commercially. A Hrithik Roshan film is still a guarantee of popcorn entertainment, if not exactly something very special. No wonder, a review of Mohanjo Daro in Variety gushed, “In recent years, the main reason to see a Hrithik Roshan movie was to bask in the star’s magnificence. The standard description, “Greek God,” is an entirely accurate assessment of Roshan’s celestial beauty. Plus he can dance.”

When the Hollywood great Fred Astaire began his career, he was memorably dismissed by a section of the press as, ‘Can’t sing. Can’t act. Slightly balding. Can dance a little.’ Hrithik Roshan is far from balding and can dance more than a little. Ever since his debut Kaho Naa… Pyaar Hai a decade and half ago, Bollywood fans have feasted on his dance. Under the strict aegis of his father, an industry veteran, Roshan took on the Khans in the early 2000s and quickly became a major force to reckon with. Packaging himself as a superhero in franchise after franchise in daddy productions, Roshan with his toned physique and machismo made ‘larger-than-life heroism’ his boilerplate. There were also occasional diversions (think: Guzaarish and Zindagi Na Milegi Dobara) that earned him critical stripes.

But of late, the Bollywood star once tipped to be the new Khan seems to be losing ground rapidly. Add to that his marital troubles, subsequent divorce and the legal brawl with co-star Kangana Ranaut – all this has dented his carefully-cultivated public image as a ‘Family Guy.’ The press’ criticisms about his choice of roles and laboured acting yield a similar view. A scathing report in Mint Lounge from August 2016 under the headline: ‘Hrithik Roshan: A fading star’ declared, “This is the Roshan of today: trying too hard, achieving little. The 43-year-old actor’s choices of late—Krrish 3 (2013), Bang Bang! (2014)—seem to confirm what his worst critics have always said: that he is little else apart than a handsome star with great dancing skills.” 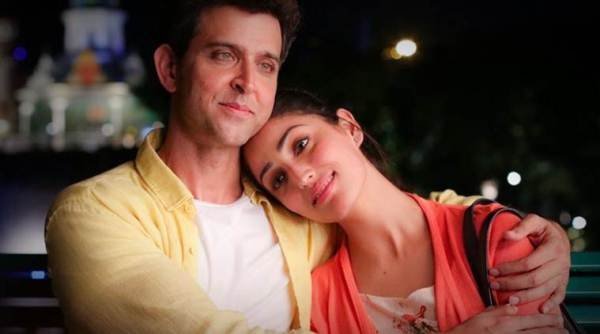 This is not the first time the media has written his obituary. In defence of Roshan, we can safely say that his mass appeal is not in question. If there are doubts, it is about his ability to deliver a huge hit comfortably. He has never claimed to be a pioneer of films neither has he made any bones about working in meaningful cinema. So to expect him to change the face of Indian cinema is like expecting Nawazuddin Siddiqui to guarantee Rs 100 crore in the opening week. Given Roshan’s commercial standing and Kaabil’s trade buzz, there is little to suggest that the industry is keen to write off a top star like him just so easily. Many in the industry feel the game is not lost. Kaabil’s success can swing the votes back in his favour. But before regaining lost glory, he has King Khan to checkmate.

Previous articleA physiotherapist’s top tips for staying injury-free as you work towards 2017 fitness goals
Next articleAll is well in party, says Akhilesh Yadav
The Indian Telegraphhttp://www.theindiantelegraph.com.au/