How music and dance aid the healing process 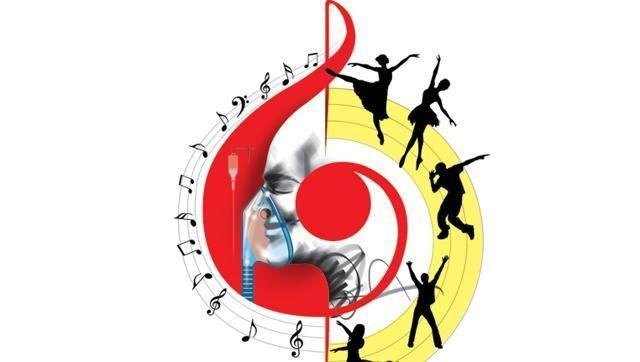 Every time her newborn becomes cranky, Hayat Fatima, 26, plays the ‘Selfie le le’ song from Salman Khan-starrer Bajrangi Bhaijaan. Instantly, the one-month-old calms down. “I was seven months pregnant when I watched this movie. He started kicking hard the moment this song started. It felt like he was dancing inside me. This was the only song he reacted to that way,” says the Delhi schoolteacher. “After he was born, I noticed that he still enjoyed the song. We now play it to pacify him and it really works.”

From labour wards to OPDs and post-operative recovery rooms, music – and dance – are making their presence felt in India, in an extension of a trend that began in the US and Europe about two decades ago.

“The human body, from the time of conception, incorporates music into its functions,” says Dr A Sampath Kumar, former chief of the cardiothoracic centre at the All India Institute of Medical Sciences (AIIMS). “Music is especially useful in nursery and paediatric wards, labour rooms, waiting halls of outpatient departments and operation theatres. The effect of music on healing is quite apparent in post-operative intensive care units [ICUs] too, where it has been shown to reduce anxiety and pain and have a soothing, tranquillising effect.”

The term ‘dance therapy’ was coined in the US and the American Dance Therapy Association defines this discipline as “the psycho-therapeutic use of movement as a process that furthers emotional, cognitive and physical integration in individuals”.

One could draw a parallel between physiotherapy and dance therapy, although doctors don’t recommend dancing until about eight weeks after surgery.

“Dance therapy – as long as it is undertaken with medical guidance – is a fun-filled way to engage and express yourself while also improving your physical and mental condition,” says Mumbai-based movement therapist Dilshad Patel. “It quickens the healing process and helps divert a patient’s mind and improve their mental state.”

Dr Chitra Kataria, principal of the Indian Spinal Injuries Centre’s Institute of Rehabilitation Sciences, adds that dance and music therapy allay anxiety and fear. “We believe it also helps patients adjust to their environment and they then tend to recover faster,” she adds. This institute now conducts hour-long dance and music classes every Wednesday, a practice it began a year ago. At these sessions, patients can pick between Bollywood music, regional songs and western pop or classical tunes.

Rakesh Chikhara, 39, who underwent major spine surgery on August 28 and is still in hospital, vouches for the benefits of the dance class. “In just five sessions, I have seen my coordination improve,” she says. “I also feel very positive after every session.” Mumbaiite Ananya Walia, 26, would agree. She turned to dance a year ago, when neither medication nor conventional physiotherapy was helping her recover completely from a slipped disc.

“On a particularly hectic day during my post-graduate accountancy studies two years ago, I tripped on the stairs of my college and hurt my back,” she says.

Her condition was not that bad, but it was affecting her life badly, adds her physiotherapist, Dr Shivangi Borkar. “The pain persisted despite medication and twice-weekly massages and she had trouble walking. After a year of this, I suggested she join movement and dance therapy, strictly warning her not to do any jumping, forward-bending or lifting.”

Walia accordingly signed up for sessions of slow, rhythmic dance, and, as her muscles strengthened, the pain abated. “After eight months, I took a break and decided to resume the sessions if the intense pain returned, but it never did,” she says. “Where I once couldn’t walk without pain, I am now commuting and travelling without thinking twice.”

One area where music has been shown to have profound beneficial effects is in the neurology and neurosurgery ICUs. Patients who are paralysed, comatose or semi-comatose respond to sound, particularly familiar tunes or voices, with enhanced will and recovery, to the extent that doctors now permit and even prescribe music therapy for such patients.

Dance therapy has been utilised since its inception in the 1940s to promote healing in people diagnosed with physical disabilities and mental illness. Dance therapists work with people who are dealing with a variety of medical conditions including disorders such as traumatic brain injuries, parkinson’s, multiple sclerosis, spinal cord injuries, cancer, fibromyalgia, and chronic pain. It focuses on movement behaviour, and body movement, as the core component of dance, simultaneously provides the means of assessment and the mode of intervention for dance/movement therapy.

Doctors say it also helps calm them – and their patients – during surgery. “I always listen to music inside the cath lab,” says Dr Vishal Rastogi, head of interventional cardiology at Fortis Escorts Heart Institute, Delhi, who performs 10 to 12 angioplasties a day. “Each procedure takes about an hour. The music helps keep us focused. It is gentle music; not that head-banging variety, so it also benefits the patients undergoing the procedure. These are conscious patients who can see and hear what’s happening around them, so it helps them relax.”

1 Opt for soothing melodies instead of loud, fast-paced songs

2 Don’t start dancing immediately after a procedure; give your body at least 4 to 6 weeks to heal

4 Don’t worry about your musical inclination; the body responds to music automatically

6 If you lack motivation, try a group activity