How China’s sharemarket falls affect you 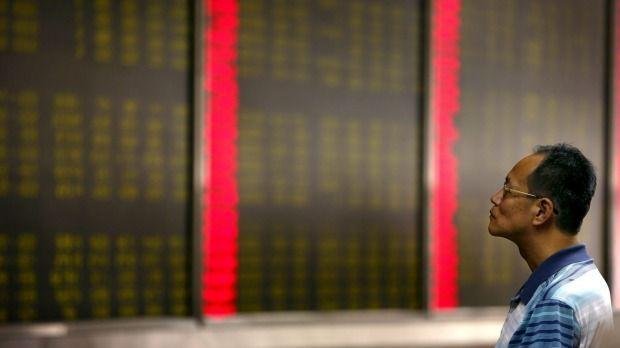 When Chinese shares first started their free-fall in mid-June, vapourising $US3.5 trillion in the space of a month, the hope was that the impact on global markets could be limited; the Chinese sharemarket, like its internet, is walled off substantially from the outside world. Now, there are global concerns that the once high-flying Chinese economy – widely credited for helping shepherd economies like Australia’s through the global financial crisis – instead poses a threat.

What does this mean for us in Australia?

Anything that adds to uncertainty and negatively affects confidence is bad for an already fragile Chinese economy – and in broad strokes, anything bad for the Chinese economy is usually not good news for Australia either.

An intended byproduct of the sharemarket rally was the creation of a so-called “wealth effect”, where investors, having made a bundle on shares, went off and spent money in the real economy – expensive dinners to celebrate, a holiday, maybe upgrade to a new car.

The fear is that the opposite is now true. And the heavy lending in the market exacerbates the risks of losses in the sharemarket putting the brakes on the real economy.

Is this good for the Australian dollar?

Construction steel demand in China is already depressed so downward pressure on iron ore prices will remain. The silver lining for Australian manufacturers and exporters – but not those planning holidays overseas – is that this will likely keep the Australian dollar trending downward too. This is helpful for Australian business competing globally.

And for Australian property?

There are signs China’s move to devalue the yuan has also backfired – with capital outflows accelerating as spooked investors ditch RMB assets for safe havens elsewhere. This means interest in Australian property from cashed-up Chinese investors is likely to be sustained.

But haven’t we known for years that China would slow down? What makes this crash different?

One key difference now is that the Chinese leadership tried, and failed, to stem the rout – and in the process severely dented their economic management credentials.

The sheer ferocity of the stock plunges in June prompted an unprecedented raft of emergency measures from a Chinese government desperate to prop up investor confidence. The government, after all, is complicit in stoking the remarkable bull run which preceded the crash.

The extent to which the government intervened – some estimates suggest they’ve spent $US400 billion buying shares in an attempt to bolster stock prices – have led many to question whether a number of unknowns, including the amount of margin loans that could go bad, were worse than official figures were letting on.

The intervention is also seen as a massive setback for the Chinese government’s much-vaunted economic reform and liberalisation plans.

Will China’s government try to prop up the market again?

To understand why Chinese shares have fallen so sharply, you have to understand the wild bull run that preceded it. The benchmark Shanghai Composite Index more than doubled from just above 2400 points last November to a high of 5166.35 on June 12, before it commenced its rapid descent. (It closed at 3209.20 on Monday)

During the bull run, stock-tipping has become a middle-class sport, and is especially pervasive in larger cities.

There was a wide belief among investors that the remarkable bull run was essentially endorsed by the Chinese government and therefore a sure bet. Much of the trading took place on the back of political sentiment, and bullish editorials carried in state-run media, rather than any corporate earnings or economic fundamentals.

In fact, many have been expecting the government to intervene again this time around, and the lack of news from the central bank contributed to the 8.49 per cent plunge on Monday.

Chinese leaders appear to have resolved it may prove too expensive to throw good money after bad and fight the market’s relentless gravity, though the risk of a destabilising public backlash may be too great for it to be seen to do nothing.

Chinese investors are now panicky, anguished and resentful. Having been conditioned to stake their trust in the party, they are now blaming them for their losses.