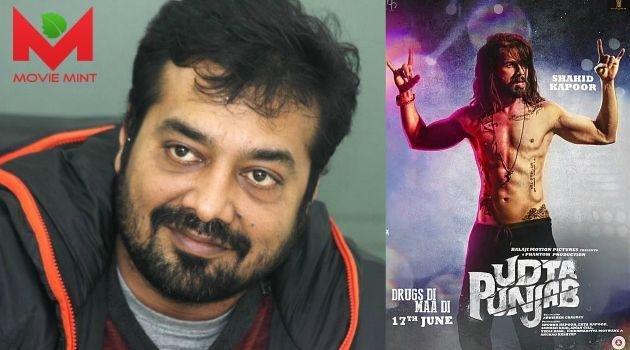 NEW DELHI: Udta Punjab will be released on Friday as scheduled with the film clearing one last hurdle when the Punjab and Haryana High Court dismissed a petition against it on Thursday. Hours before it hit theatres, producer Anurag Kashyap made an appeal in a Facebook post.

“I have never downloaded a film on torrent, i don’t know how to. yes occasionally i have seen downloaded films borrowed from friends and found a way to pay for them later, by buying them on DVD or blurray, and when i say this i also say that no one can stop your right to download a film. This time its a different fight, its a fight against censorship and if you are that audience that always downloads a film, then i won’t ask you to not do that , please do, but wait till saturday which is the day you would normally download a film. Piracy happens because of lack of access and in a world of free internet, i do not have a problem with it. My problem is that this time its a case of vested interests trying to demoralise people from fighting for their rights. So all downloaders of Udta Punjab , i urge, wait till saturday till you decide to not pay for the film, don’t download and share , curb the curiosity for two more days. Thank you for reading this.”

Late on Wednesday night, Mr Kashyap’s Phantom Films filed a copyright theft case with the cybercrime cell of the Mumbai Police after the film was leaked on the Internet. Phantom Films alleged that a copy of the version they submitted to the censor board found its way into several torrent sites that offered the option to download the film illegally.

The download links were later “removed due to a copyright complaint”, the websites read.

Snapshots on multiple online platforms reportedly featured scenes that the censor board had objected to, which led the makers of the film to allege that the copy submitted to the board had been leaked.

Pahlaj Nihalani, chief of the Central Board for Film Certification aka the censor board, has denied any connection with the leak. “The movie was leaked yesterday…the movie leaked online is the original version. The CBFC doesn’t get access to the movie reel, we couldn’t have leaked it,” he said, adding, “we have all records, let the police question us.”

Over the last few weeks Anurag Kashyap and Pahlaj Nihalani engaged in a fierce battle, exchanging hard words, over the multiple cuts that the censor board inflicted on the film, which is based on drug abuse in Punjab.

Mr Kashyap took the board to the Bombay High Court which ordered that the film be released with a single cut and three disclaimers.