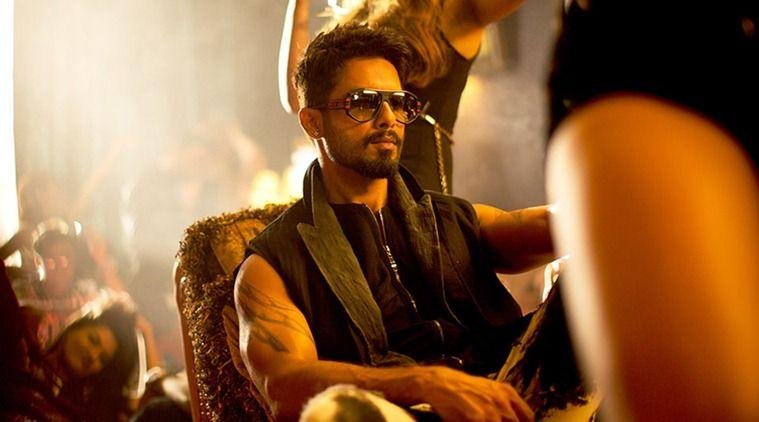 His much-awaited film “Udta Punjab” is still awaiting clearance from the censor board, but actor Shahid Kapoor hopes that the film, which addresses the issue of drug menace in Punjab, is made tax-free so that it could reach a wider audience.

Asked about how important it is for an actor to do a film with a relevant social message, Shahid told IANS: “It is a choice. I don’t think when you sign a film as an actor, it is your duty to do that. If the opportunity comes along which is passing a message that is beneficial then it is great. I can’t take any credit for it as the entire credit goes to Abhishek Chaubey.”

The actor, who is essaying the character of a high-on-drugs, long-haired rockstar Tommy Singh, who sings with glee and abuses with impunity, asserted that it is important to add entertainment quotient to “reach out” to the masses.

He added: “To be able to put a message across and to reach out to a number of people you have to entertain them. I hope they make this film tax-free so that people can watch this for less money because it is telling something that you need to know.”

“Udta Punjab”, which also stars Alia Bhatt, Kareena Kapoor Khan and Diljit Dosanjh, is a story that revolves around drug abuse in north of Punjab and how the youth there have succumbed to it.

According to media reports, the Central Board of Film Certification denied a release certificate for “Udta Punjab”, citing “excessive swearing, abusive language and drug consumption” in its content.

But the film’s co-producer Anurag Kashyap put an end to the rumours surrounding the alleged ban on the film and asserted that “Udta Punjab” has not been banned.

When questioned about the ‘no-permit’ buzz, Shahid said: “I don’t want to comment on something that hasn’t been defined yet. Once it gets defined and once we understand what the expectation is and what the final decision is (then we can talk about it). Right now, it is in the process of dialogue.”

“I don’t think it’s annoying because I think it’s part of the process. I just feel that when I did ‘Haider’ the content was definitely evolved and the film came out and it is one of my most liked films… You need to make films which talk about something which has certain substance. The censor board is the right body to give a certificate to your film so I don’t have problems with the process,” he added.

Co-produced by Kashyap, Vikramaditya Motwane and Vikas Bahl as part of their Phantom Films banner, along with Shobha Kapoor, Ekta Kapoor, Aman Gill and Sameer Nair, “Udta Punjab” is slated to release on June 17.

Shahid was given the tag of an actor with ‘chocolate boy’ looks when he started off his career starting from “Ishq Vishk” in 2003. But since then, the actor has tried to explore various genres from “Haider”, “Vivah”, and “R… Rajkumar” to “Kaminey”.

Shahid, who is awaiting his first child with wife Mira Rajput, says it is liberating to not be limited to any category.

He said: “I am very happy. It’s very liberating to not be limited to any category. People tell me they like me more when I am experimenting so it is great to know people are ready to back me when I am taking a risk… That is a great thing to know as an actor then there are no boundaries, you can go out there and express yourself.”

The “Jab We Met” star said: “I feel settled. I feel at ease. I feel centred. I don’t look at things as best and worst because I really feel there is always something great that is happening and there is always a problem to solve.”