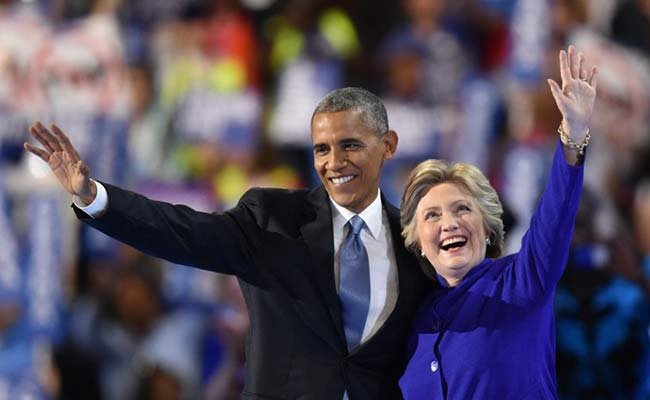 Asked what suggestions he might offer Clinton ahead of the debate on Monday, the president told ABC News: “Be yourself and explain what motivates you.”

He added that Clinton “is motivated by a deep desire to make things better for people.”

The nationally televised debate on Monday, pitting the two major-party presidential candidates in a tight race just six weeks ahead of the November 8 election, is expected to smash audience records.

Each word, gesture and look will be parsed minutely.

In the ABC interview, Obama praised Clinton, a veteran politician who has so far failed to inspire much voter enthusiasm.

“I’ve gotten to know Hillary and seen her work and seen her in tough times and in good times,” he said of his former secretary of state. “She is in this for the right reasons.”

No woman has ever been elected US president, Obama noted, “so she is having to break down some barriers.”

“There is a level of mistrust and a caricature of her,” he added, “that doesn’t jibe with who I know, this person that cares deeply about kids.”