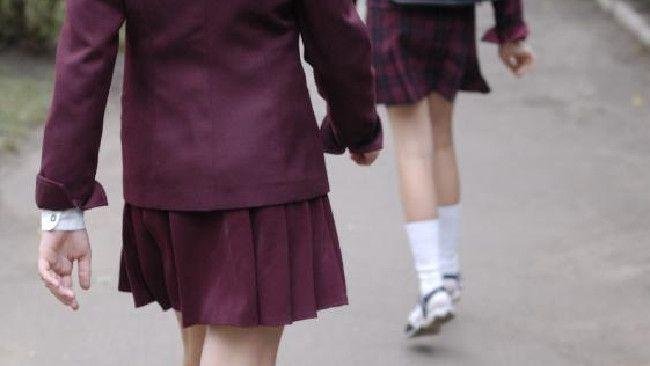 THE phones are ringing more than usual this week inside a Sydney office housing former police detectives.

On the other end are female students from high schools around Australia. They are reporting with alarming regularity that photos they never expected to surface are being shared within a sick pornography ring frequented by their peers.

News.com.au revealed on Tuesday that students from more than 70 Australian schools had become “targets” of perverse teen boys secretly swapping their graphic sexual images without consent.

More than 2000 images have been shared within the group since it started in December last year. Some images include close-ups of victims’ genitalia while others show them performing sexual acts. The site is frequented by Australians but hosted outside of Australia.

Andree Wright and her team started receiving calls about the site on Monday. The Acting Children’s e-Safety Commissioner, who works with a team of former police detectives at the group’s Pyrmont headquarters, said the pornography ring is very much “the issue of the moment”.

“Over the last few days we’ve received contacts about this site from girls with a range of concerns,” Ms Wright said.

and saying photos of them are being put up online which they never thought would surface publicly.”

The panicked callers are often lost about what to do next. They don’t know who put the pictures online or who is hosting them.

Ms Wright says in many cases her organisation — which has powers above and beyond those wielded by police — can track the images to their source and have them removed. In other cases, it can be more difficult, but she encourages all victims to report nonetheless.

“There are particular pathways that we can take when a person reports an incident to us,” she said.

“For example, if we know there’s an image of an underage girl online but it’s being hosted overseas, we can contact offices in that country through our network and they will look at it under their own laws.”

Often, that means the image can be removed but “sometimes it’s a challenge”.

Ms Wright said there are a few things victims can do when they discover they’ve been targeted.

“We talk about making sure you take screen shots and noting web addresses,” she said. “All that information is really important.”

She said victims should Google their name to check what other material might be out there and contact the websites hosting the material to request it be removed.

Failing that, Google, it turns out, also has a process that makes it possible for certain pages to stop appearing in Google search results.

“Effectively what it does is that you report to Google, give specific details, and they can break any search link to that site for those images,” Ms Wright said.

On Wednesday, police and several academics were less positive about the outcomes for victims.

Queensland Detective Senior Sergeant Dave Miles told AAP: “There is nothing that any policing agency in the world can do to stop these images being shared to the broader world wide web, and they will just go from site to site to site.”

Australian National University cyber crime expert Roderic Broadhurst said it was often impossible to get the photos offline or catch those behind similar sites.

“We sometimes call them bulletproof ISP locations — jurisdictions that don’t have standard cyber crime legislation … that don’t have laws that enable people who use those sites to be extradited,” he told AAP on Wednesday.

“They operate through proxies, in other words, they shift around their location. Although a service might be located in one place, it appears to be operating from another.

“If those images sit on a database in a foreign jurisdiction, where you don’t have mutual legal assistance, how are we to recover them or stop them moving around?

“There’s no control, no guarantee of getting them back. These young women possibly have to live with the fact these images are out there forever.”

If you have further information or would like to report concerns contact Crimestoppers on 1800 333 000 or the Child Protection Helpline on 132 111.

If you or someone you know has been impacted by sexual assault or exploitation support is available at 1800 RESPECT and Kids Helpline 1800 55 1800.

Help stop online child abuse — if you see something that’s not quite right, report it at esafety.gov.au/reportillegalcontent