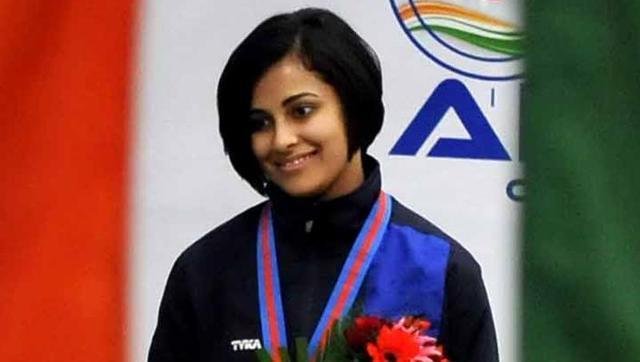 India’s Heena Sidhu made a grand return to form by winning the gold medal in the 10m air pistol women’s event at the 13th Asian Shooting Championship on Friday.

Heena, who won a gold at the righth Asian Air Gun Championship at home recently, shot an excellent 198.2 in the finals to edge out Mongolian Gundegma Otreyad, who shot 198. Jangmi Kim of Korea won the bronze with a score of 176.2.

In the 10m air pistol junior women’s event, Shri Nivetha too won a gold with a score of 195.8 in the finals. She edged out Shinemurun Nyamdorj of Mongolia (195.4) and Heesun Kim of Korea (174.4), who won the silver and bronze medals respectively.

Shreya Gawande, Shri Nivetha and Oshin Tawani also combined to win the team gold with a combined total of 1114. Mongoloia won the silver and Korea bagged the bronze

Besides, the Indian trio of Nayani Bharadwaj (374), Harshada Nithave (374) and Malaika Goel (365) also won the a gold in the team event of the 10M air pistol uouth women’s event.