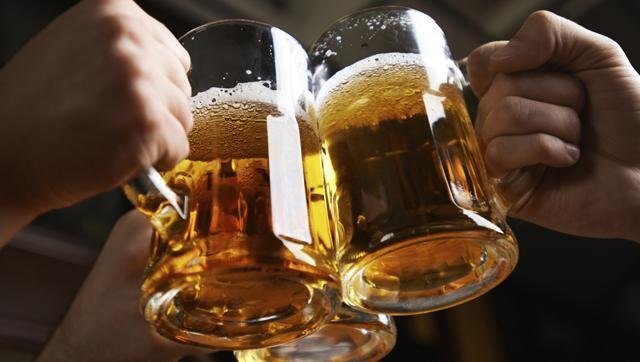 This should come as the worst news you’d have heard today. Moderate consumption of alcohol, warns a new study, may double the risk of heart attack and stroke in the hour after drinking.

Researchers analysed data from 23 studies involving 30,000 participants to better understand the risk of heart attacks and strokes in the hours and days after drinking alcohol.

“We found that even moderate alcohol consumption — one drink a day for women and up to two drinks a day for men — may raise a person’s risk of a heart attack or stroke approximately two-fold within the hour following consumption compared to other times,” said Elizabeth Mostofsky from Harvard TH Chan School of Public Health in the US.

“After 24 hours, though, only heavy alcohol intake conferred a continued heightened risk. In other words, heavy drinking increases risk both in the short-term and the long-term, but drinking smaller amounts has different effects in the subsequent hours than it does in the subsequent days and weeks,” she said.

But over time regularly drinking small amounts of alcohol appears to lower cardiovascular risk by increasing levels of high-density lipoprotein cholesterol (HDL), the so-called “good” cholesterol, and by reducing the tendency to form blood clots, they said. “It is possible that the briefly higher cardiovascular risk in the hours after drinking small amounts of alcohol may be outweighed by the longer term health benefits of regular moderate drinking,” said Mostofsky.

“However, heavy alcohol use was associated with higher heart attack and stroke risks at all times studied. Six to nine drinks in a day nearly doubled the risk, and 19 to 30 drinks weekly elevated the risk by up to six times more,” she said. According to the 2015 Dietary Guidelines for Americans, heavy drinking is typically described for men as consuming 15 or more drinks per week and more than 8 drinks per week for women, researchers said. The findings were published in the American Heart Association’s journal Circulation.