Hear, hear! Now, you can ease gut ailments with meditation 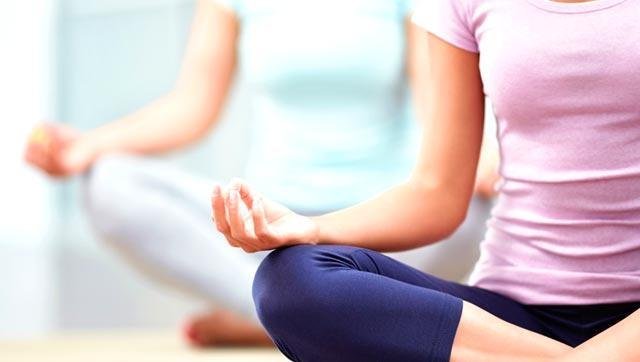 Meditation may alleviate the symptoms of two hard-to-treat gut disorders by altering certain genetic signals, according to scientists, including one of Indian-origin.

Researchers looked at people who had either irritable bowel syndrome (IBS) or irritable bowel disease (IBD) and found that doing yoga and meditating regularly for two months eased the symptoms associated with the two gut disorders.

This mind-and-body intervention seemed to work by inducing genetic changes in the body, researchers said.

The findings suggest that stress-relieving meditation can suppress the activities of certain genes responsible for causing inflammation and other immune system problems in patients suffering from IBS or IBD, researchers said.

The patients met for a 1.5-hour group session every week, and practiced the activities at home for 15 to 20 minutes every day, ‘LiveScience’ reported.

The researchers assessed the patients’ symptoms before, after and midway during the study, and took blood samples for genetic analyses. However, the study design did not incorporate a separate control group of patients who did not practice meditation.

At the end of the study, the patients reported a reduction in their symptoms compared with what they experienced at the study’s start.

A genetic analysis of their blood provided evidence of changes in genetic pathways related to the two disorders.

Significantly, more genetic changes were observed in IBD patients than in patients with IBS, said Manoj Bhasin, co-author of the study and the director of bioinformatics at Beth Israel Deaconess Medical Center in Boston.

Researchers found that more than 1,000 genes were altered in IBD patients over the study period, whereas only 119 genes changed in the people with IBS.

There was one inflammation-related gene, called NF-kB, whose activities were suppressed in both groups, according to the study. This indicates that meditation and similar practices can offset stress and inflammation, the researchers said.

“In both IBS and IBD, the pathway controlled by a protein called NF-kB emerged as one of those most significantly affected by the relaxation response,” Towia Libermann, a senior researcher in the study and an assistant professor at Harvard Medical School in Boston.

It’s possible that relaxation techniques could help both people with IBS and those with IBD, he said.