Happy birthday, Mallika Sherawat: Here are 7 most iconic looks of the actor 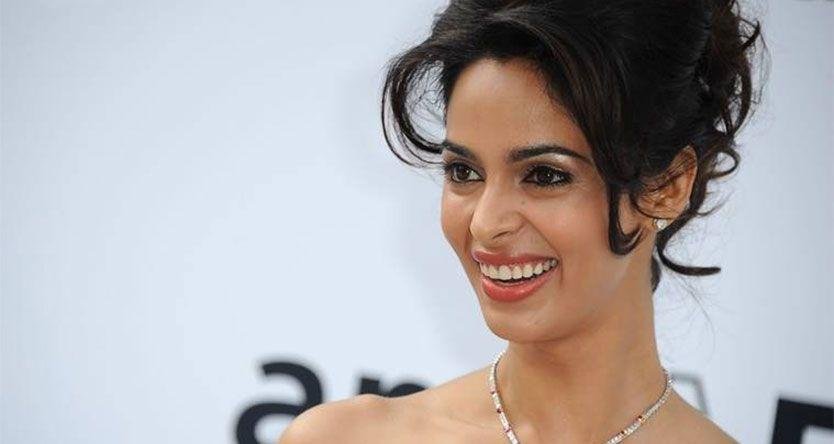 Mallika Sherawat is known for her bold roles and even bolder fashion choices. The actress is turning 41 on October 24, this year. Here’s wishing the actress a very happy birthday!

Other than Bollywood beauties like Aishwarya Rai Bachchan and Sonam Kapoor, Mallika Sherawat is another actor, who has been a regular attendee at the Cannes Film Festival. And ever since then, Sherawat has, at regular time periods, managed to grab headlines owing to her risqué and bold fashion choices. While bold has not necessarily always meant beautiful in her case, the Murder actor has shown a steady and impressive evolution, when it comes to fashion choices. From her very first appearance in the year 2005 to her 2017 diva-esque appearance this year, Sherawat has been constantly growing. As she turns 41 this year, here is looking at the actor’s most iconic red carpet appearances in the past.
Spotted at the Cannes Film Festival 2017, the actress opted for a Georges Hobeika’s floral number. Looking elegant in a beige colour, off-shoulder gown, embroidered with pearls and crystals, she accessorised her gown with a diamond choker and statement rings. Keeping her hair open, the actor completed her look with dark red lips and nude make-up.

At the Cannes Film festival 2016, Sherawat walked down the red carpet in a silver gown, again from Lebanese designer Hobeika. Although the look seemed pretty boring, she was still praised for choosing to wear a sophisticated number. She accessorised her dress with statement silver earrings, bracelet and ring from De Grisogono jewellery. Keeping her wavy tresses open, she finished her look with smokey eyes and nude lips.

The same year Sherawat attended the amfAR gala wearing a Hobeika gown, again. Though the lavender colour dress looked nice on her, the hair and make-up failed to work wonders. The messy hair with pink lips did not really gel well with this dress.

One of the best looks of Sherawat was when she graced the Cannes red carpet in an an off-shoulder gown by Hobeika. The silver and blue dress was embroidered with crystals and she paired it with a floral diamond neck-piece by Maison Mellerio. The outfit was classy and the ‘Murder’ actress really took the cake this time.

After a string of damp looks in the past years, Sherawat managed to garner praise from the fashion critics at the 68th Cannes Film Festival. She looked pretty in a fuchsia pink gown from Alexis Mabille, which featured a cape. She teamed it with a beautiful floral neck piece from Boucheron and rounded out her look with red lips, kohled eyes and side parted hair.

Sherawat wore a blue lacy gown by designer Emilio Pucci at the 67th Cannes Film Festival. The full sleeve, fitted gown looked great on the actor but we think the nude make-up and messy hair just did not add enough drama to the gown. She completed her look with statement earrings and a golden clutch.

One of her most criticised red carpet appearances, this look of Sherawat’s is from her very first appearance in Cannes in the year 2005. This all-white ensemble made many wonder how she wore it to such a prestigious event. Many could not put their finger on whether it is a lehenga or just a skirt with a thigh high slit. Also, the accessories she teamed the dress with, including the shoes, were a complete mismatch.

Nevertheless, Sherawat seems to have understood, over time, the brief about how to blend into the red carpet by striking a balance between risqué and elegant fashion statements. Which of her red carpet appearances have been your favourite? Let us know in the comments below.