Jan 26th is a special day in India and Australia.

Australia Day is on January 26 and commemorates the establishment of the first European settlement at Port Jackson, now part of Sydney, in 1788. It is an opportunity for Australians to come together to celebrate their country and culture. There are reflections on the achievements of the nation and explorations of way to make the country even better in the future.

What Do People Do?

Many people have a day off work and use the day to picnic in a park, to go shopping or to play or to watch sports events. In some places, particularly Lake Burley Griffin, spectacular public fireworks displays are held. In addition, the Australian of the Year Awards are presented. These are awards for Australians who have made an outstanding contribution to their country or community.

In some towns and cities, citizenship ceremonies are held on Australia Day. These are ceremonies to welcome immigrants to the country who have been granted Australian citizenship. Although official, these ceremonies often have a festive atmosphere.

Australia Day is a public holiday in all states and territories. All schools and post offices are closed. Some public transport services do not operate and others run a reduced service. Stores are often open, but may have reduced opening hours. There may be some congestion on roads, particularly close to major events.

On January 26, 1788, the First Fleet of 11 ships from Great Britain arrived at Port Jackson, which now forms Sydney Harbour. The First Fleet was led by Captain Arthur Philip. He established the Colony of New South Wales, the first penal colony in Australia. By 1808, January 26 was being celebrated as “First Landing Day” or “Foundation Day” with drinking and merriment.

Thirty years after the arrival of the First Fleet, in 1818, the Governor of Australia ordered a 30-gun salute, hosted a dinner ball at Government House and gave government employees a holiday. In the following years, employees of banks and other organizations were also given holidays. In the following decades, horse racing and regattas were popular activities on January 26. 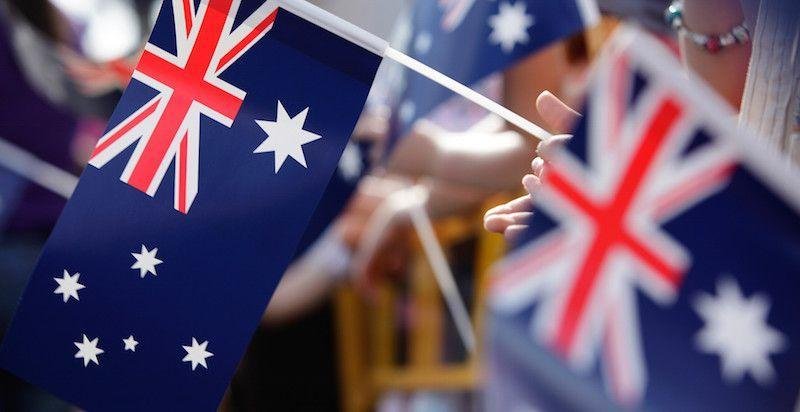 In 1838, Foundation Day was Australia’s first public holiday. It was also the occasion of the first public celebrations of the founding of Australia. The shores of Sydney Harbour were crowded and there was a firework display. By 1888, January 26 had become known as ‘Anniversary Day’ was celebrated in all colonies except Adelaide. In 1888, the centenary of the arrival of the First Fleet was celebrated with ceremonies, exhibitions, banquets, regattas, fireworks and the unveiling of a statue of Queen Victoria.

By 1935, January 26 was known as Australia Day in all states except New South Wales, where it was still called Anniversary Day. In 1938, large scale celebrations were held. These included a re-enactment of the landing of the First Fleet, which did not mention the convict status of many of the passengers on these ships. The re-enactment is included the removal of a group of Aborigines. Shortly before the celebrations, a group of Aboriginal activists arranged a “Day of Mourning”. They used this to campaign for citizenship and equal rights for Aborigines.

The anniversary of the first permanent European settlement in Australia is not a cause for celebration for all citizens. Indigenous Australians often feel that the celebrations on Australia Day exclude them and their culture, which was thriving for thousands of years before the arrival of the First Fleet.

Many people throughout India celebrate the nation’s Republic Day, which is a gazetted holiday on January 26 each year. It is a day to remember when India’s constitution came into force on January 26, 1950, completing the country’s transition toward becoming an independent republic.

What Do People Do?

Much effort is put towards organizing events and celebrations that occur on Republic Day in India. Large military parades are held in New Delhi and the state capitals. Representatives of the Indian Army, Navy and Air Force and traditional dance troupes take part in the parades.

A grand parade is held in New Delhi and the event starts with India’s prime minister laying a wreath at the Amar Jawan Jyoti at India Gate, to remember soldiers who sacrificed their lives for their country. India’s president takes the military salute during the parade in New Delhi while state governors take the military salutes in state capitals. A foreign head of state is the president’s chief guest on Republic Day.

Awards and medals of bravery are given to the people from the armed forces and also to civilians. Helicopters from the armed forces then fly past the parade area showering rose petals on the audience. School children also participate in the parade by dancing and singing patriotic songs. Armed Forces personnel also showcase motorcycle rides. The parade concludes with a “fly past” by the Indian Air Force, which involves fighter planes of flying past the dais, symbolically saluting the president. These leave trails of smoke in the colors of the Indian flag. There are many national and local cultural programs focusing on the history and culture of India. Children have a special place in these programs. Many children receive gifts of sweets or small toys. A prime minister’s rally also takes place around this time of the year, as well as the Lok Tarang – National Folk Dance Festival, which occurs annually from January 24-29.

Republic Day is a gazetted holiday in India on January 26 each year. National, state and local government offices, post offices and banks are closed on this date. Stores and other businesses and organizations may be closed or have reduced opening hours.

Public transport is usually unaffected as many locals travel for celebrations. Republic Day parades cause significant disruption to traffic and there may be increased security on this date, particularly in areas such as New Delhi and state capitals.

India’s constitution came into effect on Republic Day, January 26, 1950. This date was chosen as it was the anniversary of Purna Swaraj Day, which was held on January 26, 1930.The constitution gave India’s citizens the power to govern themselves by choosing their own government. Dr Rajendra Prasad took oath as India’s first president at the Durbar Hall in the Government House, followed by a residential drive along a route to the Irwin Stadium, where he unfurled India’s national flag. Ever since the historic day, January 26 is celebrated with festivities and patriotic fervor across India.

Republic Day represents the true spirit of the independent India. Military parades, displays of military equipment and the national flag are important symbols on this date. India’s national flag is a horizontal tricolor of deep saffron (kesaria) at the top, white in the middle and dark green at the bottom in equal proportion. The ratio of the flag’s width to its length is two to three. A navy-blue wheel in the center of the white band represents the chakra. Its design is that of the wheel which appears on the abacus of the Sarnath Lion Capital of Ashoka. Its diameter approximates to the white band’s width and it has 24 spokes.