Half of world’s 20 most polluted cities in India, Delhi in 11th position 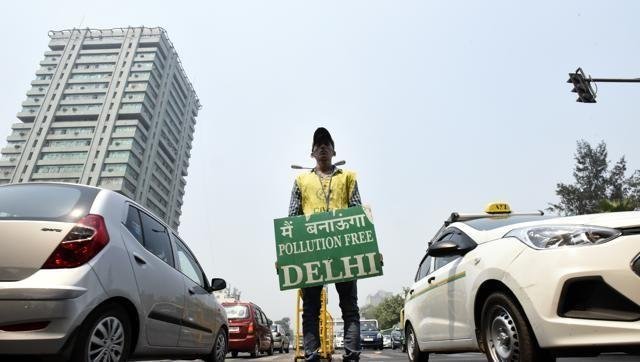 Half of the world’s 20 most polluted cities are in India, said a World Health Organization report released on Thursday, indicating industrial and vehicular exhaust were choking large parts of the country with little oversight or monitoring mechanism.

The Capital is no longer the world’s most polluted city, dropping to 11th position with smaller towns galloping past Delhi to grab second and third spot.

The top spot is taken by the Iranian city of Zabol that falls in the middle of a dust bowl. Gwalior in Madhya Pradesh and Allahabad in Uttar Pradesh take the second and third spot, respectively.

The report considered annual average concentration of the particulate matter (PM) 2.5 in 3,000 cities from 103 countries. Delhi’s data is from 2013 and that for most Indian cities are from 2012.

The previous WHO report – released two years ago that named Delhi as the world’s most polluted city — used data till 2010.

The Capital’s pollution slightly improved PM 2.5 concentration falling from 153 micro gram per cubic metre of air in the previous WHO report to 122 but was still six times above the safety limit of 20.

Tiny particulate matter can cause lung cancer, strokes and heart disease over the long term, as well as triggering symptoms such as heart attacks that kill more rapidly.

“These upcoming cities are public transport nightmare,” said Sunita Narain, Director General of the Delhi based air pollution advocacy group the Centre for Science and Environment. “These cities need to be made smart with relation to public transport and health”.

Uttar Pradesh had four of the world’s 20 most polluted cities. Other than Allahabad, the other UP cities in the top 20 are Kanpur (15), Firozabad (17) and Lucknow (18).

The WHO categorised air pollution as the sixth biggest cause of deaths in India, triggering an alarm with studies showing breathing ailments were on the rise in Indian cities.

“Probably some the most polluted ones in the world are not included in our list, just because they are so bad that they do not even have a good system of monitoring of air quality,” Maria Neira, head of public health, environmental and social determinants of health at the WHO, said.

The WHO uses data from various government and research organisations for the database and uses an average from stations as the final measurement.