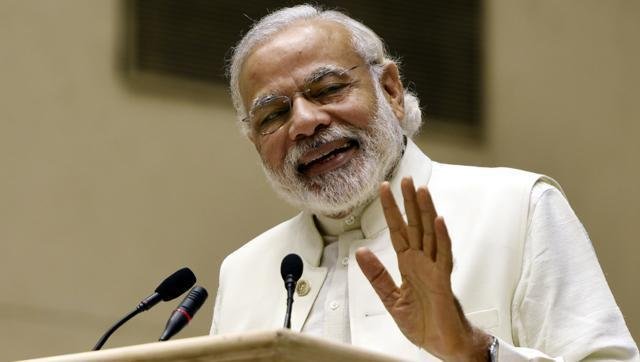 Amid the raging row over Prime Minister Narendra Modi’s educational qualification, the Gujarat University on Sunday shared details of his MA degree saying he scored 62.3 per cent as an external student of the varsity.

The details were shared by the Gujarat University after the Central Information Commission directed it to provide the same to Delhi Chief Minister Arvind Kejriwal, who had recently criticised the functioning of the transparency panel.

“Narendra Damodardas Modi passed his MA in Political Science in 1983 with first class, securing 499 out of 800 marks, which comes to 62.3 per cent as an external student,” Gujarat University’s Vice Chancellor M N Patel told PTI on Sunday.

Kejriwal, in a letter to CIC in response to an RTI application seeking details of his electoral photo identity card (EPIC), demanded that while he was ready to share information sought by RTI applicants, the CIC must also order disclosure of educational qualifications of the PM.

Vice Chancellor Patel said he has not received any order of CIC till now, but he came to know about it from media, and will give the details to concerned applicants if he receives the order.

“The details (of Modi’s degree) were sought through several Right to Information (RTI) applications filed before the university, but we were not in a position to share the details under the RTI Act on technical grounds,” Patel said.

“The details of marks can only be provided to the candidate himself, and we do not provide details of university records beyond 20 years,” he said.

When asked about the details of Modi’s BA degree, Patel said they do not have it.