Google+ just got a revamp. Here’s what you need to know 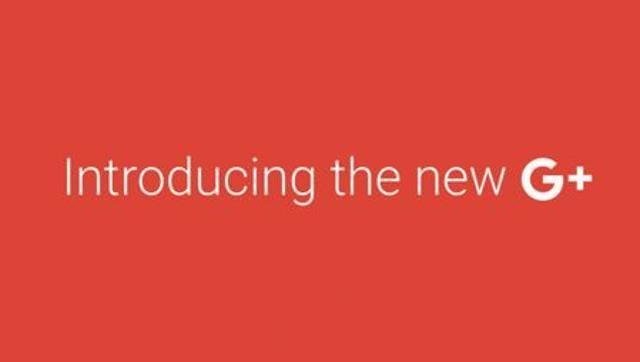 US Internet colossus Alphabet on Tuesday gave its beleaguered social network Google+ a visual revamp. It now focuses more on Communities and Collections.

“We’re starting to introduce a fully redesigned Google+ that puts Communities and Collections front and center,” director of streams Eddie Kessler said in a blog post. “Now focused around interests, the new Google+ is much simpler.”

Google’s social network was rebuilt for fast, consistent performance whether accessed through computer web browsers or mobile devices powered by Apple or Android software, according to Kessler.

Google+ users interested in the new version will need to opt in at the social network.

Google’s social network launched Communities in late 2012 as venues to people to connect online based on things or ideas they are passionate about, but the feature felt tacked on and buried. The new update brings it front and centre. Google+ Collections launched in May of this year as a way to group posts by topics.

“These are the places on Google+ where people around the world are spending their time discovering and sharing things they love,” Kessler said.

Google+ launched in mid-2011 in a challenge to Facebook, which is far and ahead the world’s largest social network with over 1.4 billion active users.

Ambitions for Google+ were scaled back earlier this year when the California-based Internet giant stepped back from using social network log-ins as credentials across a wide array of its offerings, including YouTube.

- Advertisement -
Share
Facebook
Twitter
Pinterest
WhatsApp
Previous articleAttention men! Did you know you eat more in company of women?
Next article7 days to destruction: Junk food can mess up your body in a week
- Advertisement -