Get ready for a scorching weekend 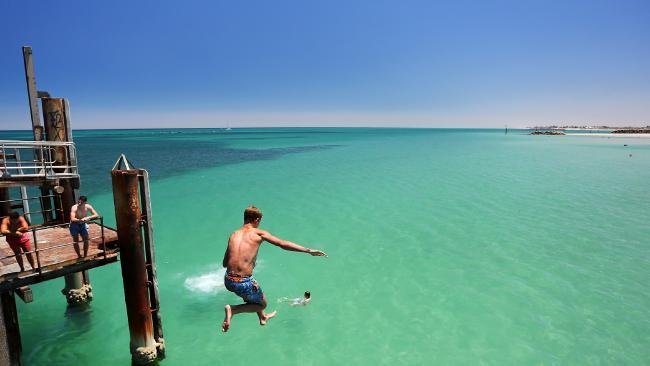 LARGE parts of the country will swelter through the next week as a hot air mass moves in from Central Australia, prompting urgent warnings.

The south east is likely to feel the full force of the spring heatwave, as winds turn north westerly, dragging hot winds down from inland areas.

The Bureau of Meteorology defines a heatwave as three or more days of maximum and minimum temperatures that are unusual for the location.

“It’s pretty unusual for early October to have a run of days up around that 30 degree mark,” BOM’s Dean Stewart told the ABC.

In NSW, temperatures will begin to rise on Saturday, with much of the southern half to remain in the low to mid 30s until at least Wednesday.

Sydney is expecting 28 degrees on Saturday followed by a four-day run of 30 degree-plus temperatures.

The western suburbs will be even hotter with forecast tops of 35 or 36 for five days.

The average maximum temperature in Sydney for October is only 22.1 degrees.

In Victoria, the Weather Bureau is forecasting the hottest AFL grand final in almost three decades.

The temperature in Melbourne will hit 28 degrees on Saturday, for the clash between West Coast and Hawthorn, followed by 3 days in the low 30s.

Monday is tipped to be the hottest day with a high of 32 expected in the city.

The ABC reports Mildura, in north-western Victoria, will experience one of its hottest ever October days on Monday with a forecast top of 39 degrees, just shy of the town’s 40-degree record.

Melbourne’s average maximum temperature is only 19 degrees in October.

South Australia is feeling the effects of the heat now, with temperatures in the north of the state already in the mid to high 30s.

Things will warm up in Adelaide tomorrow with a top of 29, followed by a hot spell where temperatures will rise to 33 on Sunday and 35 on Monday.

The average temperature in Adelaide in October is 21.3.

Things are heating up in Western Australia too with urgent warnings issued for catastrophic fire conditions along the West Kimberley Coast and Kimberley Inland.

The Department of Fire and Emergency Services (DFES) advises “these are the worst conditions for a bush or grass fire. If a fire starts and takes hold it will be extremely difficult to control and will take significant firefighting resources and cooler conditions to bring under control”.

A cool change should sweep through much of south eastern Australia on Tuesday and Wednesday, dropping temperatures dramatically.